35 East Wacker is one of the most esteemed buildings in the city of Chicago, Illinois. Originally known as the Jewelers Building, it was created for the city’s diamond merchants and had an unusual security procedure. During the building’s first 14 years, to increase the security of the tenants walking between their cars and their offices, the building featured a central auto elevator that could lift cars as high as the 22nd floor, facilitating the safe transfer for jewelry merchants.

In later years, the entire 24th floor was given over to the task of a maintenance shop for crafting replacement pieces for the building’s ornate terra cotta exterior and interior needs. This was reclaimed for office space during the late 20th century.

Also of interest, under the building’s huge dome was originally a restaurant called the Stratosphere Lounge. It is said that during Prohibition it was run by Al Capone as a speakeasy.

Conrad Schmitt Studios is proud to have been part of this historic building’s recent lobby restoration. After referring to the building’s original marketing brochure and a small section of intact cornices, the architects commisioned CSS for the decorative painting, and creation of the ornamental plaster, gilding and glazing of the cornice and column capitals, and the creation of the elaborate gilded coffered ceiling. 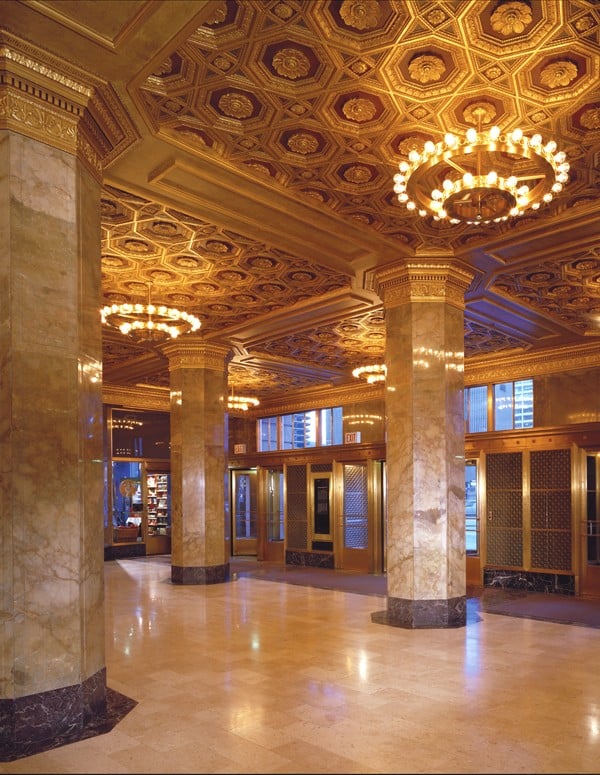 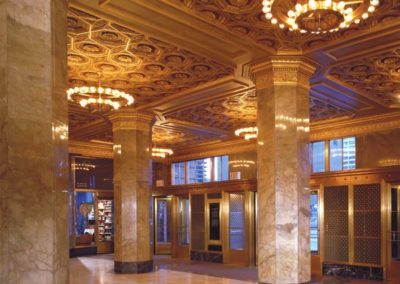 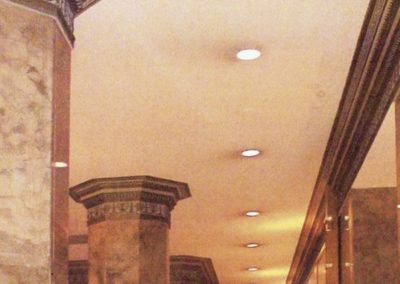 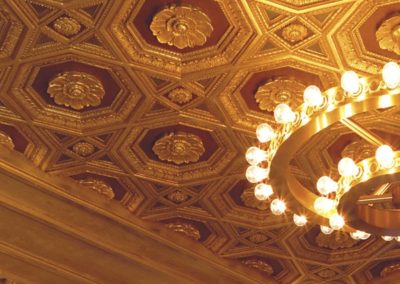 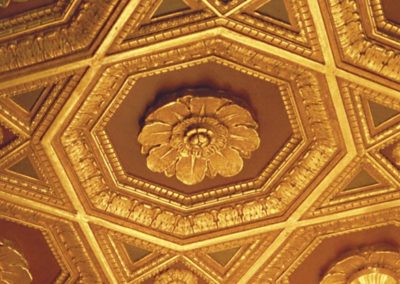