Conrad Schmitt Studios designed and created the mural, entitled “Pursuit of Freedom.” It depicts America’s first symbol of freedom – the Spirit of ’76 – along with representations of American Legion members in the “trench warfare” of World War I to the “helicopter warfare” of Vietnam. 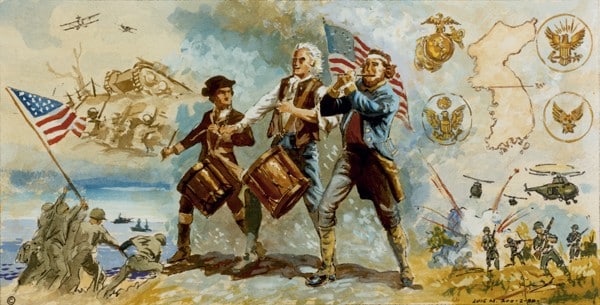 New Mural “Pursuit of Freedom” for the American Legion Post in Mukwonago, WI 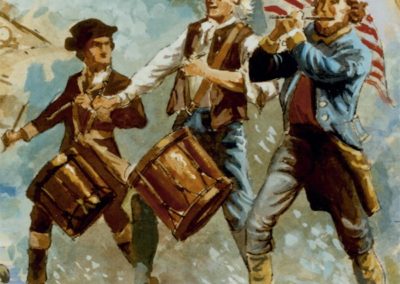 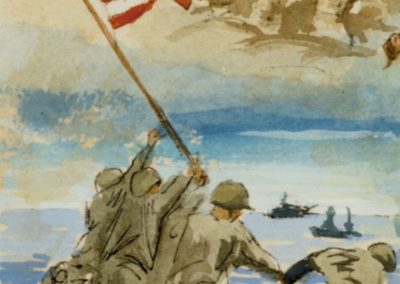 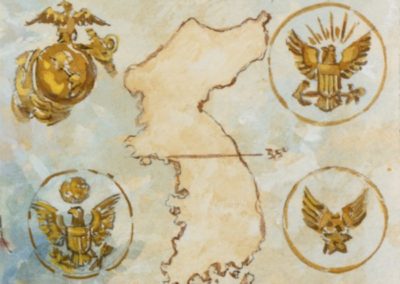 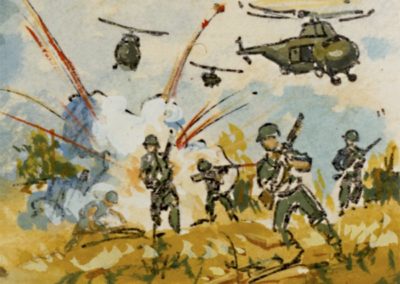