To liturgically update the chapel within the 1963 Bishop O’Connor Catholic Pastoral Center in Madison, Wisconsin, creating a more flexible worship space. The original glass, installed when the chapel was constructed in the mid-1960s, was intended to serve as a temporary treatment. With 36 separate windows, the project was completed in phases, beginning with the two large transept windows.

In the Bishop O’Donnell Holy Name Memorial Chapel in the in the Bishop O’Connor Pastoral Center, the style of the windows was dictated by the contemporary decor of the chapel. A palette of various blues and soft pastels was incorporated into the window design to complement and enhance the existing reredos mosaic.

The right transept window honors Mother Teresa of Calcutta. Commissioned shortly after her death in 1997, the window is believed to be one of the first to memorialize the famed humanitarian. The window depicts Mother Teresa sheltering those for whom she cared. The window is bordered by stylized palm branches and sheaves of wheat, symbols of peace and her life-long mission to feed the hungry. She is pictured holding a banner that states, “Whatsoever you do to the least of my children that you do unto me.”

The left transept window was also designed and fabricated by Conrad Schmitt Studios. It is a tribute to the Apostolate to the Handicapped established by Bishop Cletus F. O’Donnell in 1967.

The existing communion rail was removed to provide a new liturgical layout, including a special area for the Eucharistic Chapel. Chairs were chosen for seating, to increase the functionality of the space for different ceremonies and events. 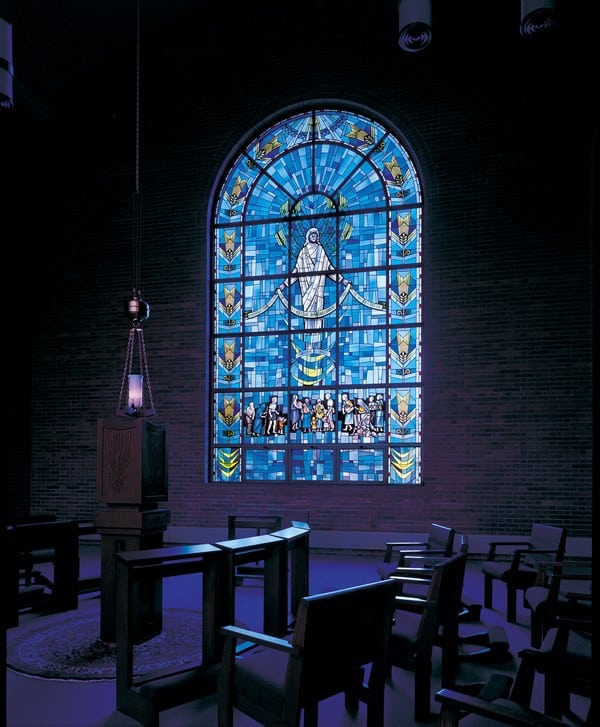 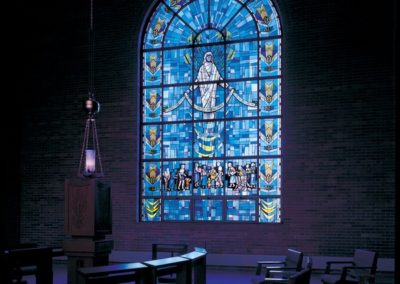 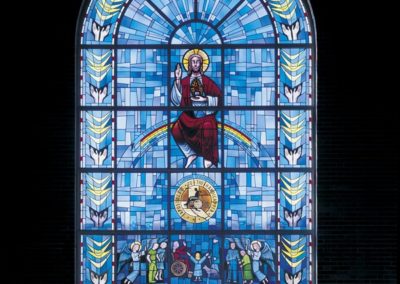 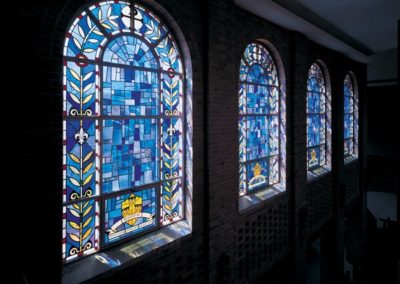 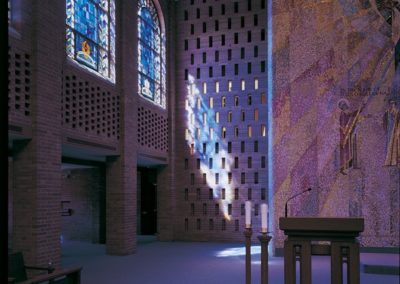 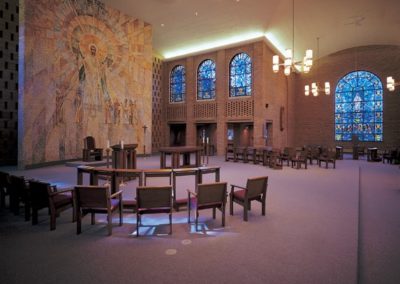 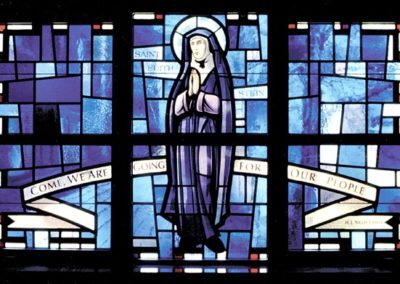 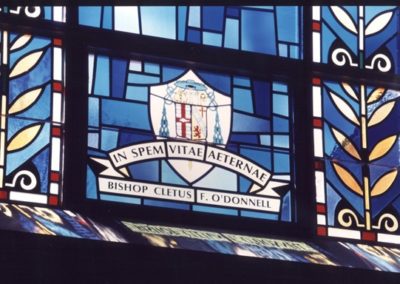