Cathedral of St. John the Baptist

The cornerstone for the first cathedral was laid on July 30, 1850, only to be destroyed just eleven years later by a fire that devastated most of the city of Charleston.  The building that stands today was designed by prolific church architect, Patrick Keely and built in 1890.

In preparation for the 200th anniversary of the Diocese of Charleston, a committee was formed to evaluate how best to prepare the Cathedral for the momentous celebration, while at the same time providing a tribute to the faithful – both past and present.

The dramatic Gothic lines of the Cathedral provided natural inspiration for a creative new decorative scheme based upon its traditional architecture. Following consultation with Monsignor Stephen L. Brovey and the diocesan committee, the Conrad Schmitt Studios design team developed a rendering inspired by various historic European church buildings. The unique star design is a nod to the stars on the central tower ceiling in St. Peter’s Cathedral in Peterborough, United Kingdom.

After the rendering was approved, craftsmen from CSS executed a full-scale sample of the proposed new decorative scheme. The sample was a useful tool to prepare for the much larger project and to assist in raising enthusiasm and funding.

Although the Cathedral is monumental in its stature, its beauty is also evident in the details. The ornate stencils on the reredos wall contains Christ’s monogram. The monogram is surrounded by a crown of thorns, followed by a ring of 40 quatrefoils representing the temptations of Christ. A Greek cross completes the pattern. The side shrines contain a modified version of this stencil, but feature monograms for the Blessed Mother and St. Joseph. Other subtle patterns depict the scallop shell for St. John the Baptist, the Trinity knot and the fleur-de-lis, significant to the history and the people of Charleston.

At the highest point in the apse, the Lamb of God is depicted inside a trefoil design, representing the Holy Trinity. The circular border features a floral pattern with the Cross Fleurie. The banner reads “Ecce Agnus Dei” or “Behold the Lamb of God” as John the Baptist said in proclamation of Jesus coming to be baptized. (John 1:20) The flag of St. George represents the victory of life after death.

The project also included new lighting, HVAC, and sound systems, completing the revitalization of this historic Cathedral. As Msgr. Brovey stated at the dedication ceremony,“The workers have given us a masterpiece, and it has all come together in a beautiful way.” 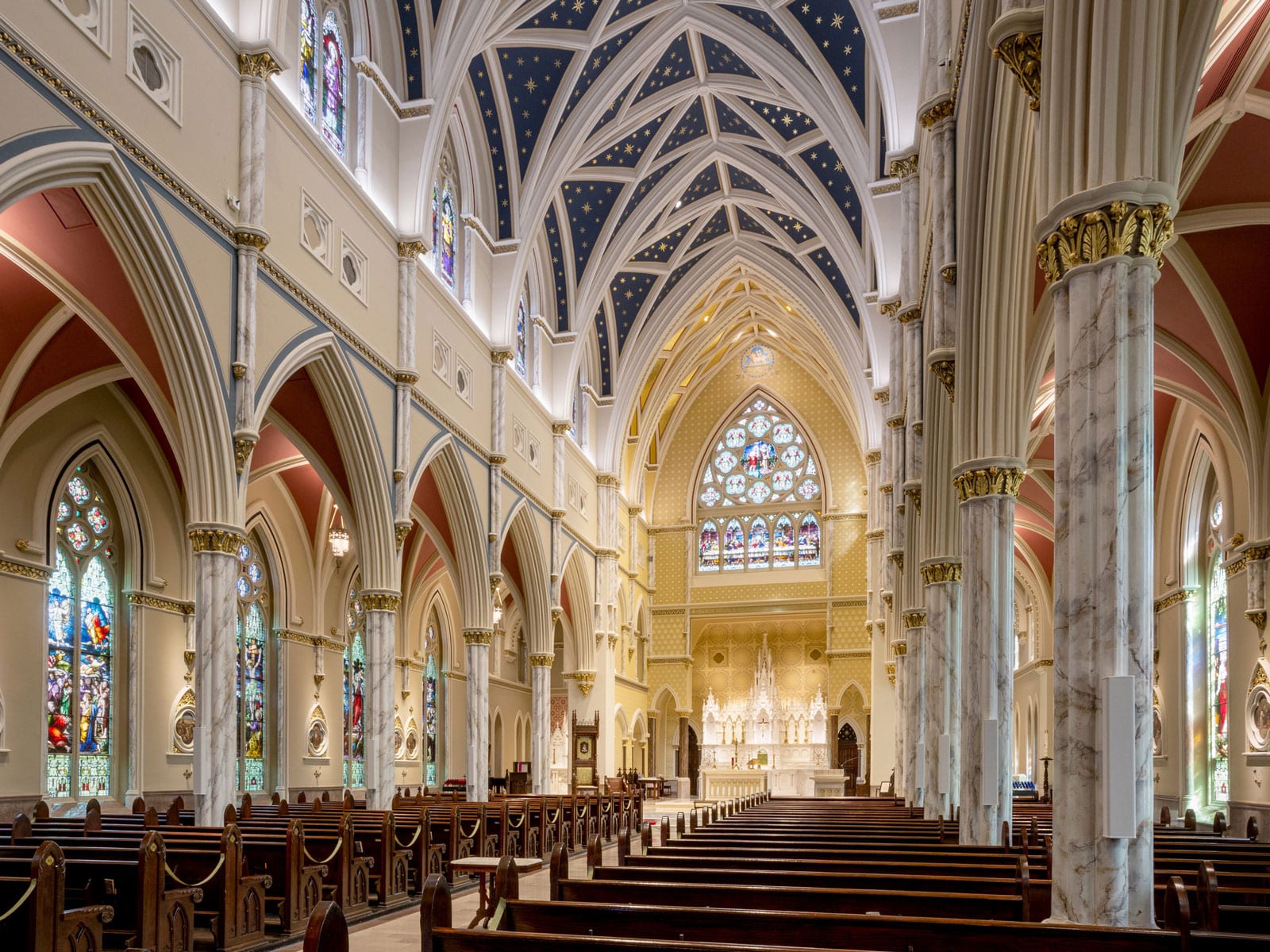 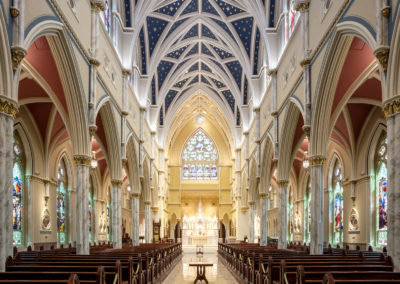 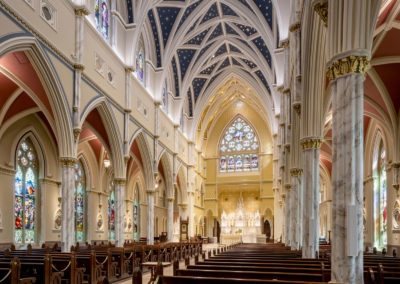 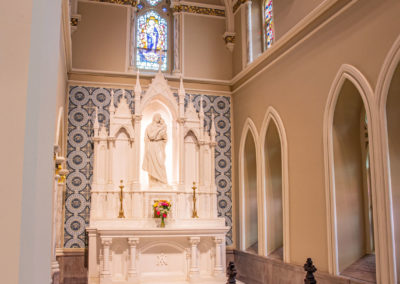 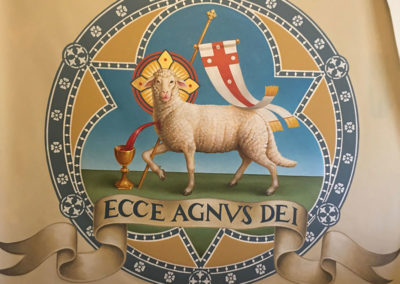 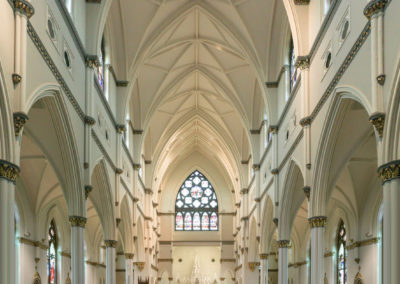