Church of the Gesu

Milwaukee, Wisconsin
The Church of Gesu is home to an impressive collection of “Munich Style” stained glass windows, made at the Royal Bavarian Art Institute in the early twentieth century. The collection includes over 40 windows depicting saints and the life of Christ.

Over the last two decades, CSS has been commissioned to restore the church’s large rose window and various other stained-glass windows, as well as install protective storm glass.

Gesu’s beautiful rose window was installed in the early twentieth century. Over the years, it suffered from the effects of age – with numerous cracked pieces of glass, deteriorated lead came and damaged framing. The conservation of the window was meticulously planned in conjunction with the restoration of the church’s monumental organ, which, when removed, permitted open access to the window framework. 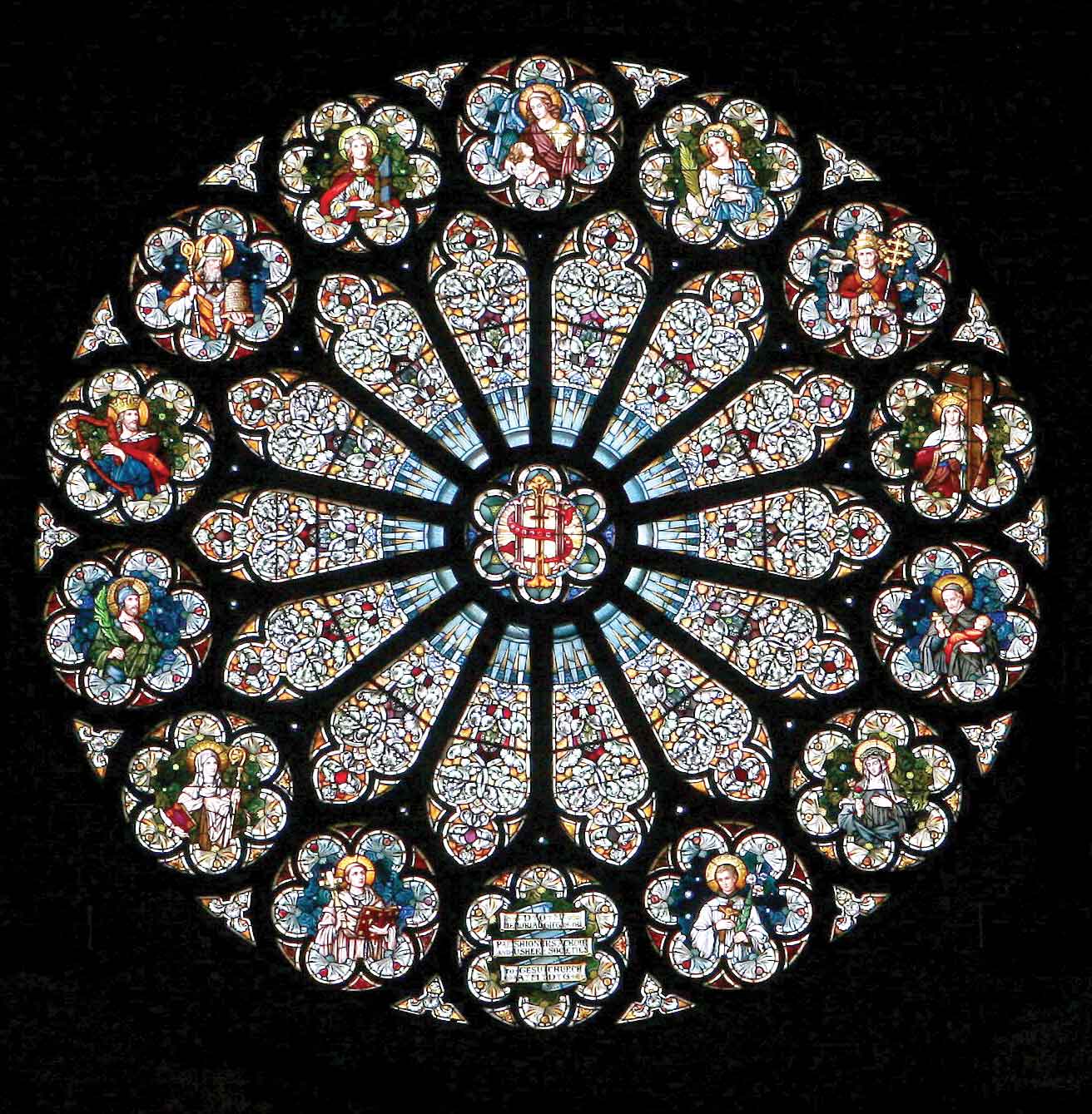 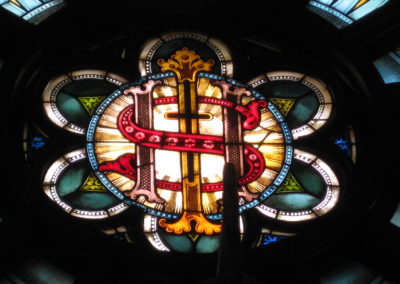