The Detroit Masonic Temple, also known as The Masonic, is the largest Masonic Temple in the world. Construction on the 550,000 square-foot building began in 1920. Conrad Schmitt Studios, Inc. was commissioned to restore damage to decorative finishes in the Crystal Ballroom. This 10,000 square-foot ballroom can hold up to 550 people and is often rented for weddings, meetings, and other events.

CSS started this project by performing an Investigative Paint Study throughout the Crystal Ballroom. Analysis of existing finishes revealed original stencil patterns and other historic details hidden by layers of paint. The room had been re-painted several times over the years, and most of the existing colors were not original. Following the investigation, CSS provided the owners with an in-depth document indicating the historic paint colors and where they were located. CSS used this vital information to begin our restoration process.

The main areas of concern were the raised murals around the perimeter of the Ballroom’s ceiling, as many had suffered severe deterioration from dirt and water damage. CSS conservators addressed these areas by patching and re-adhering areas of delamination. CSS also addressed the peeling/chipping paint in the ornamental plaster medallion and replicated the original historic paint scheme throughout the room.

“I just simply smile every time I walk into the Crystal Ballroom. I am still amazed at the transformation of this space.” – Steve Genther, General Manager, Masonic Temple Complex 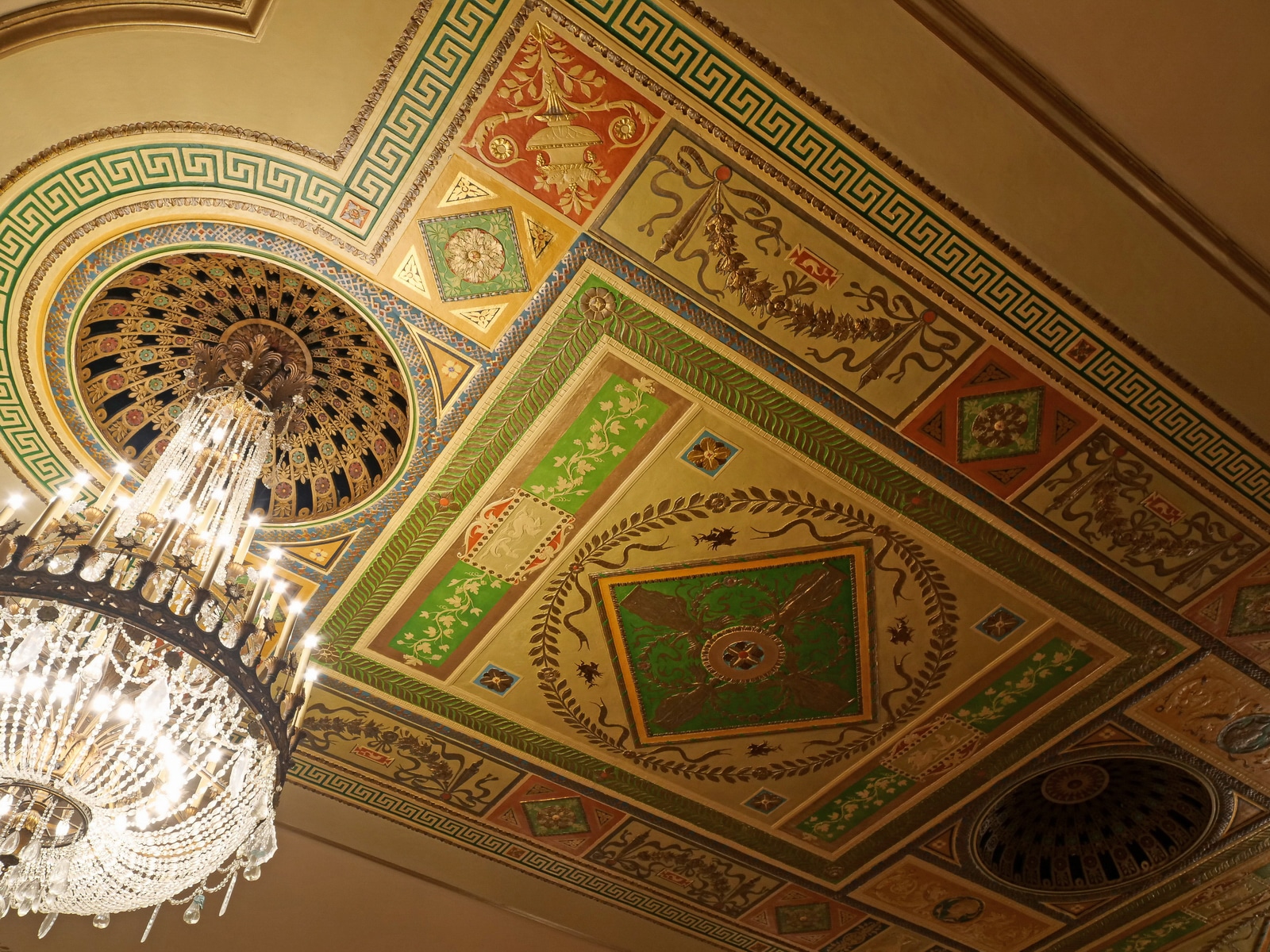 Finished Ceiling in the Crystal Ballroom 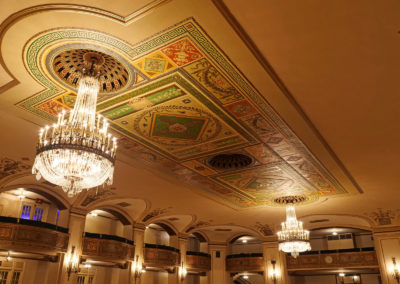 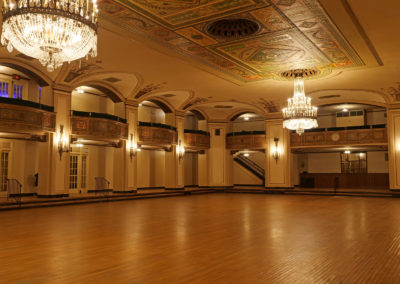 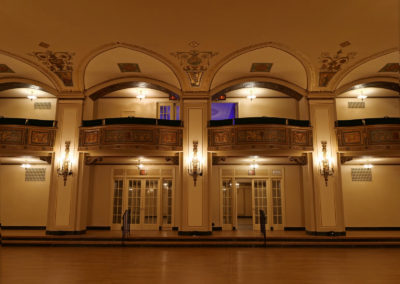 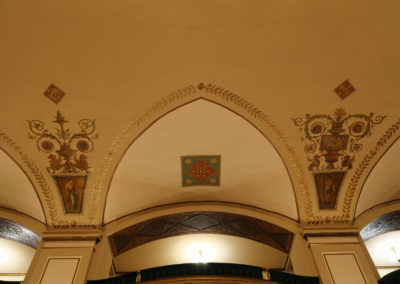 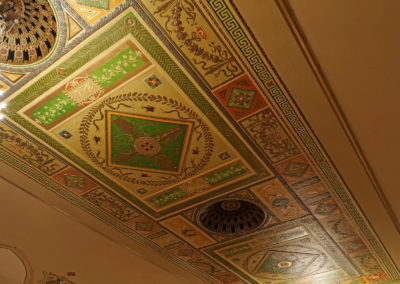 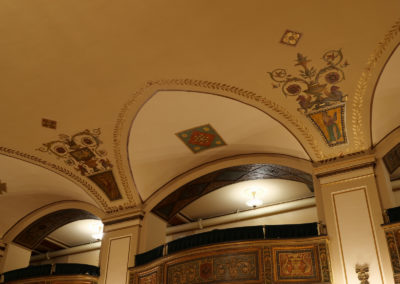 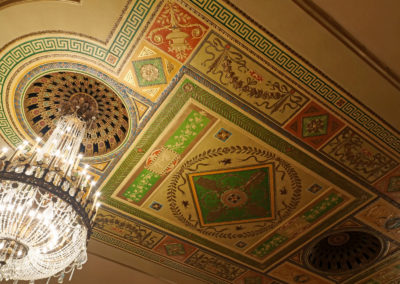 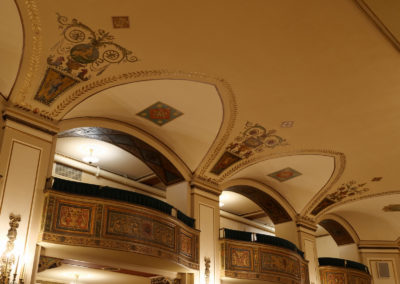 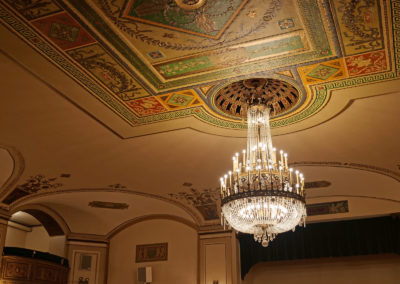