To re-create ten cast iron light fixtures that were designed in 1890 for the Roosevelt University in the Auditorium Building on the famed Michigan Avenue in Chicago, Illinois.

Influential, turn-of-the-century American architect Louis Sullivan and his lead designer, George Elmslie, designed ten of the seven-foot, cast iron light fixtures. The fixtures were integral elements of the interior design for what is now known as Ganz Hall of Roosevelt University in the Auditorium Building (1890). These state-of-the-art “electroliers,” as they called them, were eventually removed and lost.

Working with the architect, the Preservation Board and the Board of Regents, CSS researched the fixtures as well as old drawings and other projects by Sullivan, including the Owatonna Bank in Owatonna, Minnesota, which has similar fixtures. These early chandeliers showcased Edison Mazda light bulbs, which were novel at the time, displaying them prominently on the outside of the fixture.

After the research on the electroliers was completed, design work and drawings commenced for the new fixtures. A cardboard mock-up was created and reviewed in place. Plasticine models were fabricated for each piece, followed by the cast iron elements. These were assembled into the 500-lb. fixture, then coated with nine layers of priming, gilding, sealing, glazing and highlighting like the originals.

The ten finished Louis Sullivan’s “electroliers” have been reinstalled in their rightful place to provide illumination and decoration, crowning Ganz Hall once again. 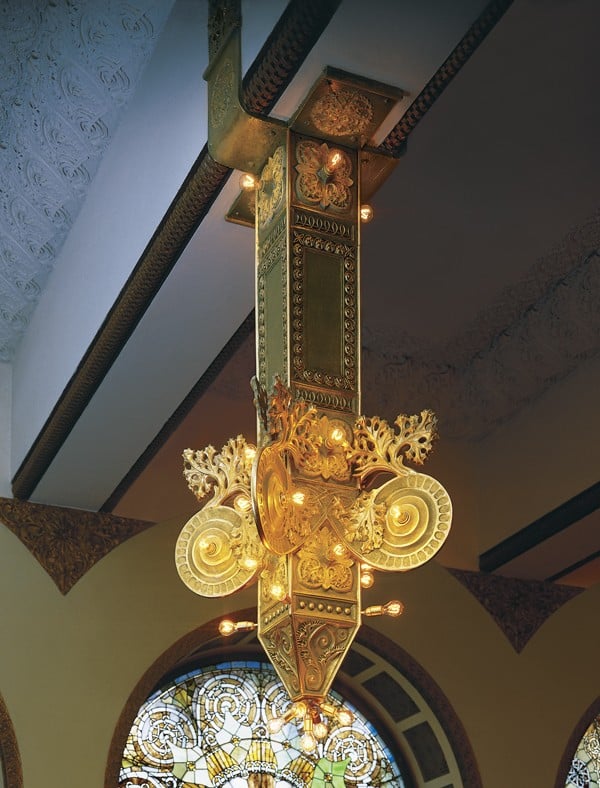 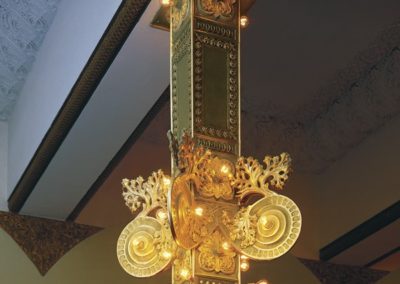 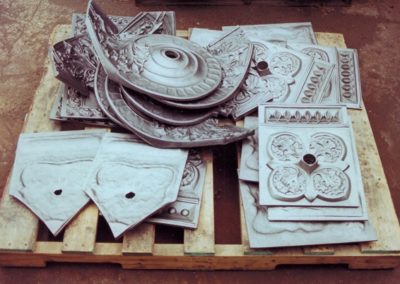 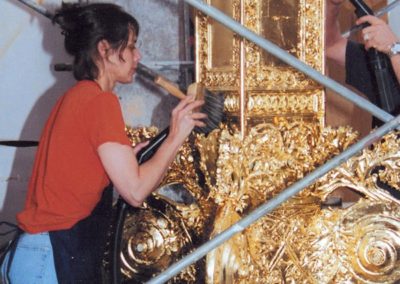 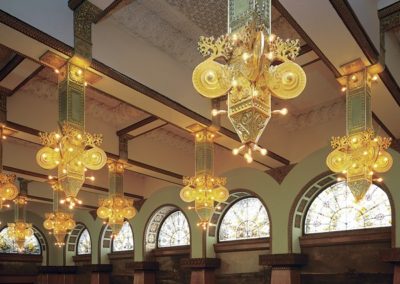 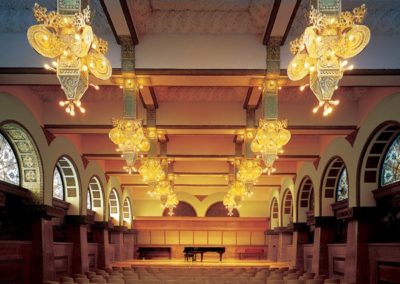 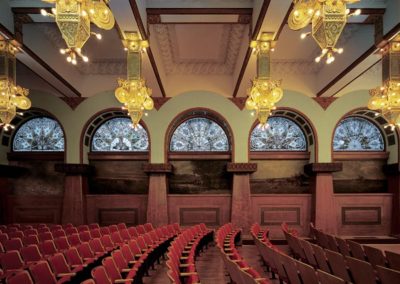