Now the smallest area of all the Black Hills counties, Lawrence County was officially organized in April, 1877. The boundaries extended from the two branches of the Cheyenne River on the east to Wyoming on the west; to the Belle Fourche River on the north; to Pennington County on the south. The historic, three-story courthouse was constructed in 1906 and remains active to this day.

Conrad Schmitt Studios, New Berlin, Wisconsin, was contracted to restore the cupola murals using buttermilk to clean off years of accumulated cigar smoke and dust. In addition, the four paintings originally in the Commissioner’s room were cleaned, framed and placed in the public area on the second floor. The ornate mouldings and borders were gilded with 24 karat gold leaf paint.

The Commissioner’s room in the Courthouse contained four murals painted by E.A. Soderberg, chief artist of the O.J. Oyen Company, at the company’s headquarters in LaCrosse, Wisconsin. One of the murals showcases the extraordinary combination of bridges and railroad lines all moved by different varieties of power, superimposed one above the other. An electric below, above it steam, and high in the air a line operated by compressed air. Another mural reflects an old prospector, his sturdy hand shading his eyes fixed on a far-off mountain peak. The third mural depicts a bull train winding its way slowly across the prairie in the torrid sunshine. The final mural shows a party of cowboys hard at work in the thick of a cattle herd with their broncos at full tilt and their lariats whirling in the air.

The series of four paintings in the slanting roof of the cupola represent placer miners of the early days in the act of panning gold, a view of the great Homestake Gold Mine showing the highest development of the mining industry, the famous Spearfish Falls located in Spearfish Canyon, and a view of the town of Spearfish. These were also painted by E. A. Soderberg at the Wisconsin headquarters and shipped to Deadwood, South Dakota. 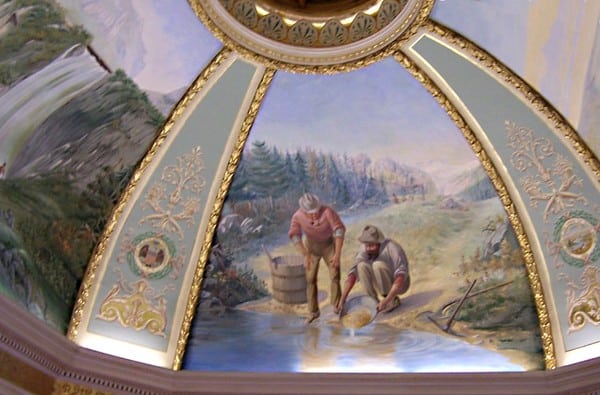 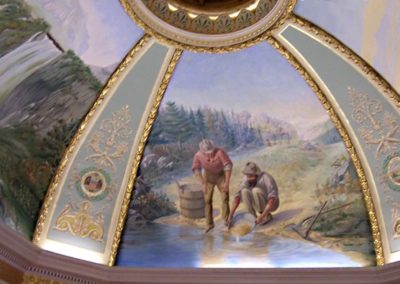 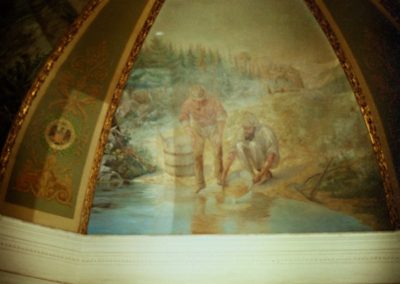 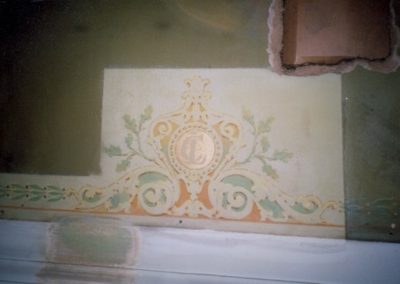 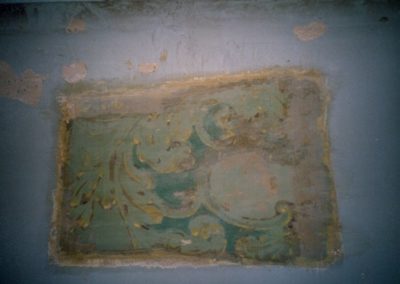 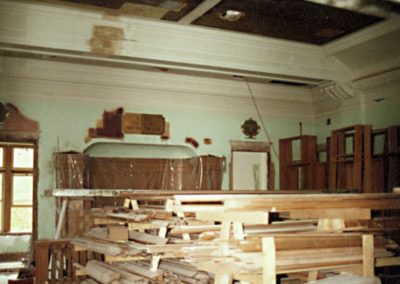 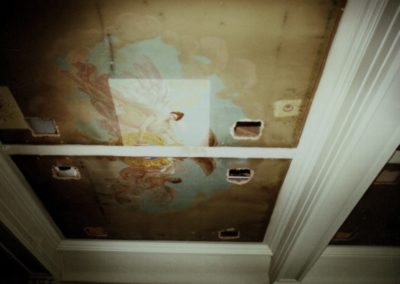 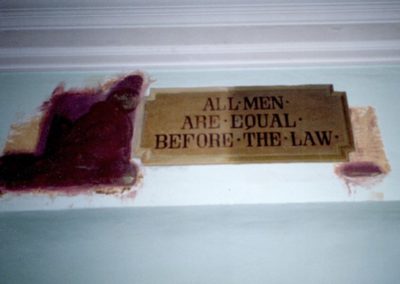 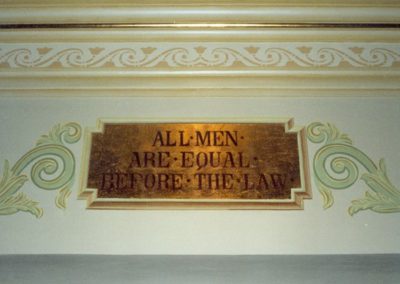 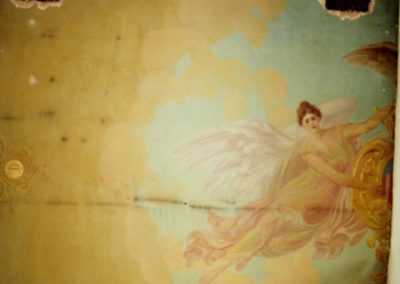 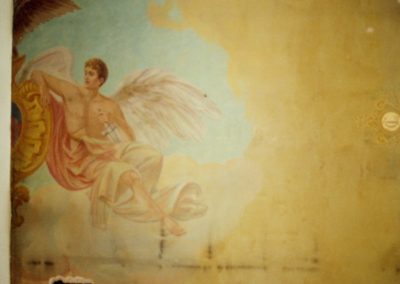 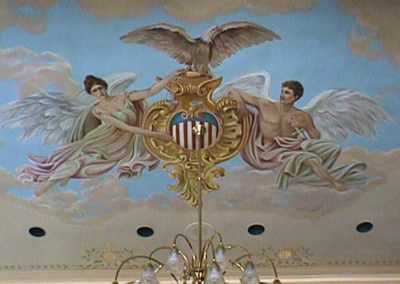