Our Lady of The Lakes

Since 1895, the parish of St. Mary has sought to provide the Catholic faith community of Random Lake with a vibrant and reverent expression of glory to God through their sacred space. The beautiful Romanesque Revival architecture has endured the test of time. But 38 years after its last renovation, the interior was dated and dingy in appearance, and the plaster walls were riddled with large cracks..

Due to the severe widespread cracking throughout the church, a fiberglass wall restoration system was applied to strengthen and stabilize the walls and provide a uniform surface on which to execute the decorative treatments. After several meetings with the restoration committee, CSS designers developed a rendering that took cues from the historic decorative scheme. Varying levels of decoration were offered at three different price points. In the end, the mid-level decorative scheme was selected with the incorporation of a few items from the more ornate version.

Additional artwork included a heavily adorned Dove of the Holy Spirit on the sanctuary ceiling, medallions with the monograms of Mary and Joseph over the side shrines, and a large ceiling medallion that features gilded crosses. A new cross was developed to replace the 1980s modern design, and the existing corpus was polychromed to better harmonize with the traditional transformation of the interior. The Stations of the Cross, baptismal font and statues were cleaned and touched up. A new altar of repose, refinished pews and the polishing of the terrazzo floor completed the space. 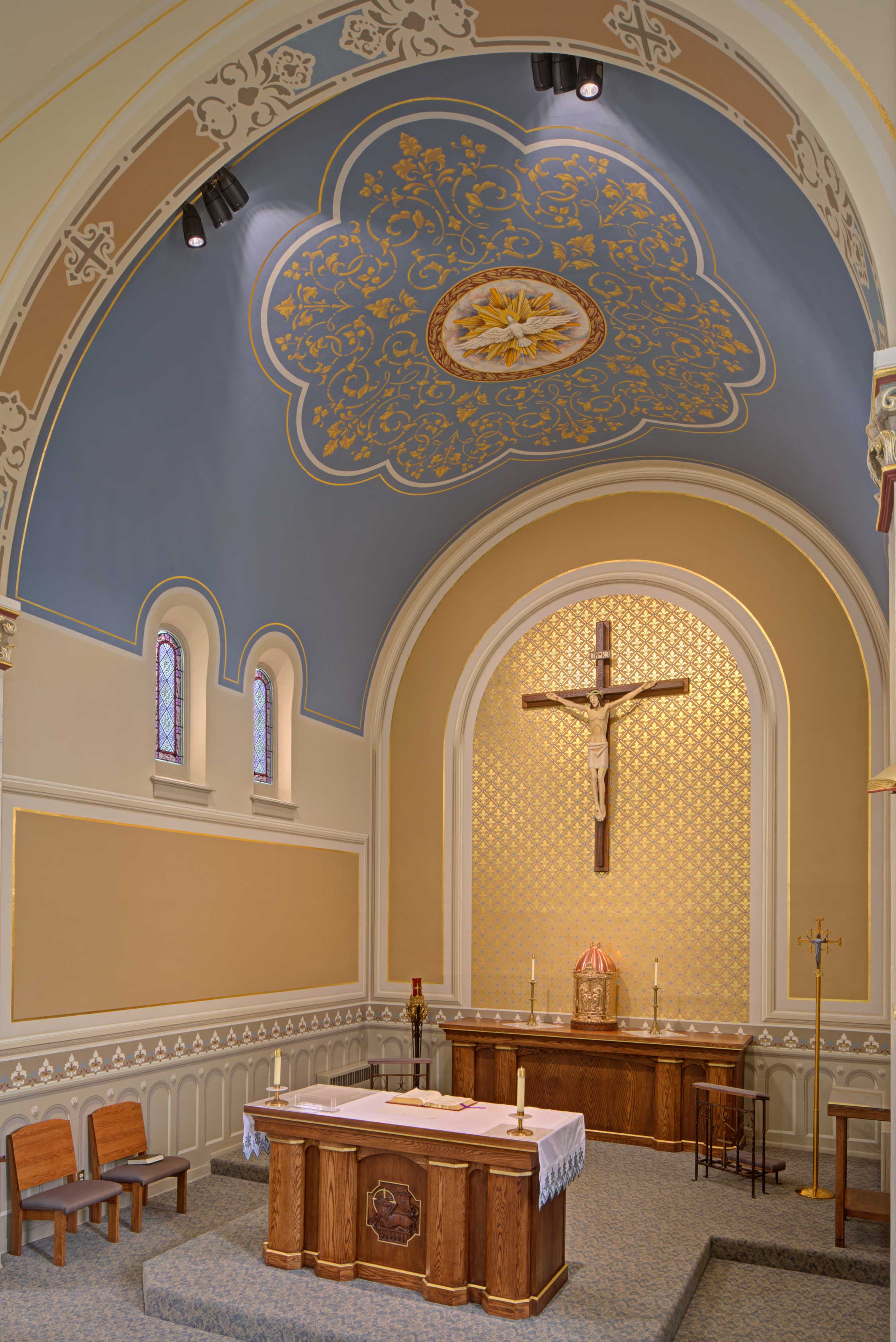 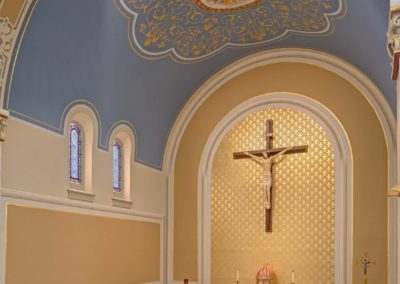 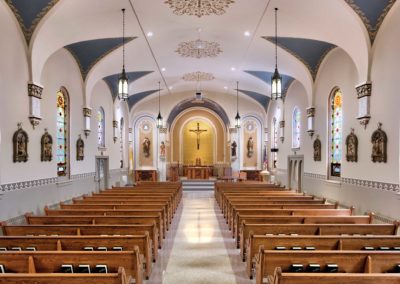