The window features John Brennan and Samuel Scott, pioneers and city founders. Also featured is Dr. Valentine McGillycuddy, a surgeon and controversial pioneer in the effort to build a sustainable relationship between the United States and the Native American people.

The center panel features Mount Rushmore, a supply wagon from Hay Camp, (the original name of Rapid City) and rushing waters recalling the devastating flood of 1972.

The right panel contains a Lakota Chief performing a traditional tribal ritual with the Badland mountains in the background.

The border consists of a Lakota pattern with several Sioux symbols, including the Thunderbird, Uname, Four Medicine Arrows and the Medicine Stone Wheel 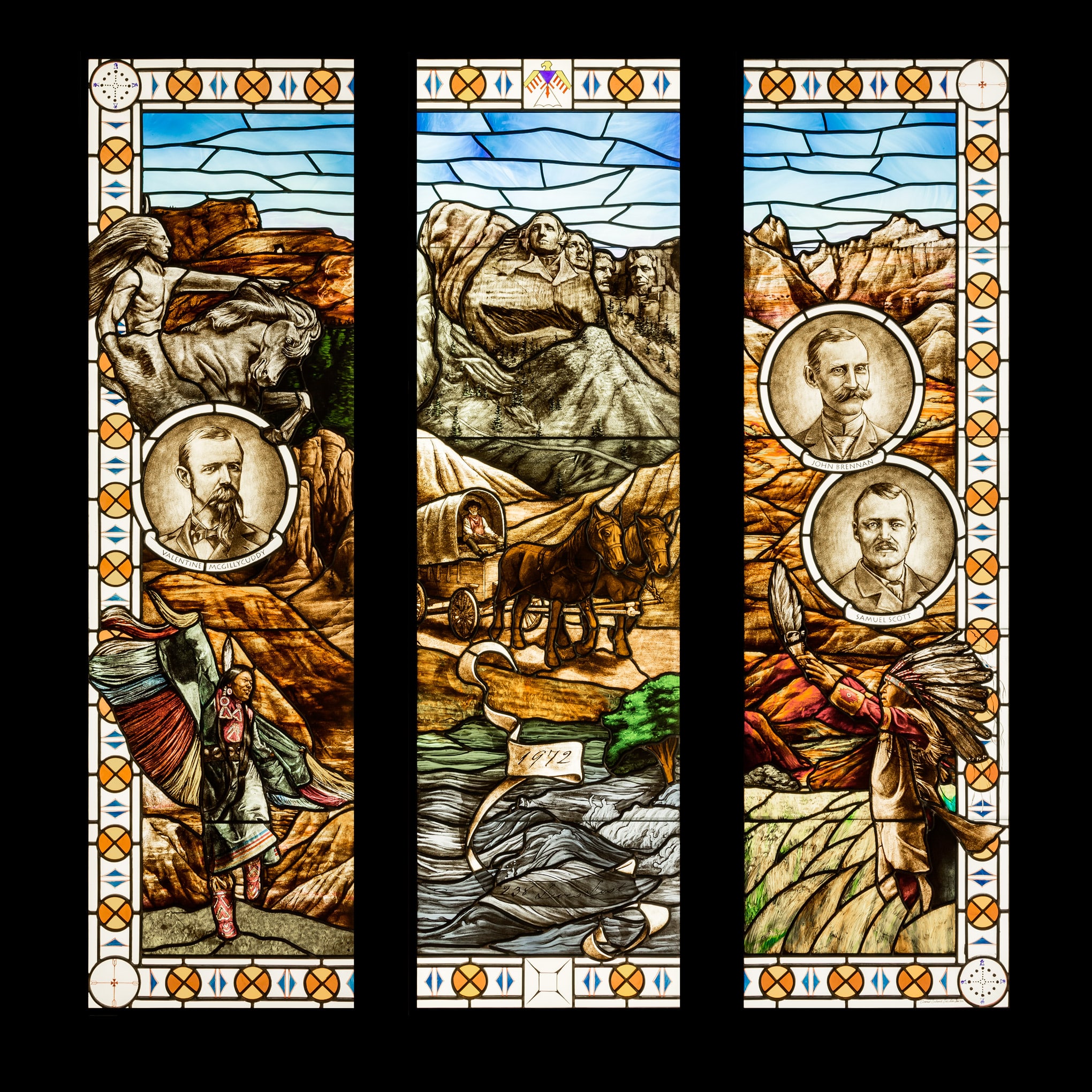 The 3 panels installed at the library. 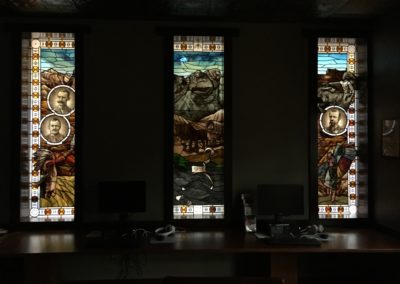