Shrine of Our Lady of Good Help

The town of Champion, Wisconsin is a small farming community just northeast of Green Bay.  The town, formerly called Robinsville, was heavily populated by Belgian immigrants.  In 1855, a Belgian girl, named Adele Brise, emigrated to the area with her parents.  As a young girl, Adele had had an accident with liquid lye.  She lost the sight in her right eye and had permanent disfigurement on the side of her face.  Her fortitude in the face of adversity only strengthened her faith.

On October 8, 1859, Adele was walking through a heavily wooded forest and came upon a vision of a woman standing on the trail between a hemlock and a maple tree.  The vision appeared to Adele three separate times, and the last time she said she was the Queen of Heaven.  Mary had asked Adele to tell the people of her area to reaffirm their faith and teach their children the way of the church.

“Mary was clothed in a bright light and wore a yellow sash around her waist.  She had a crown of stars around her head, and her long gold hair fell loosely around her shoulders.  Overcome by the vision, Adele fell to her knees.  Our Lady said to Adele, “Do not be afraid; I will help you.”

Twelve years to the date of Mary’s last appearance, a great drought caused two of the worst fires in America’s history – one in Chicago and the other in Peshtigo, Wisconsin. Local families traveled to the chapel praying to Mary for her intercession with her Son, to save them from the fire.  Their prayers were answered and the rains came and saved them and the chapel from the fire.

The Shrine of Our Lady of Good Help is a beacon of hope for thousands who travel there on pilgrimage to pray for help and healing. The new windows, were designed in close collaboration with the Shrine’s leadership.  Subtle references to the devastating fire are etched in the column borders.  Symbols significant to Mary and Joseph are “carved” into the stone arches and crosses are depicted on the column capitals. Adele is holding a prayer book and dressed is the traditional garments of the era.  The Hemlock and the Maple trees line the sun-dappled path on an autumn day.  Joseph is depicted in his workshop, teaching young Jesus carpentry skills. 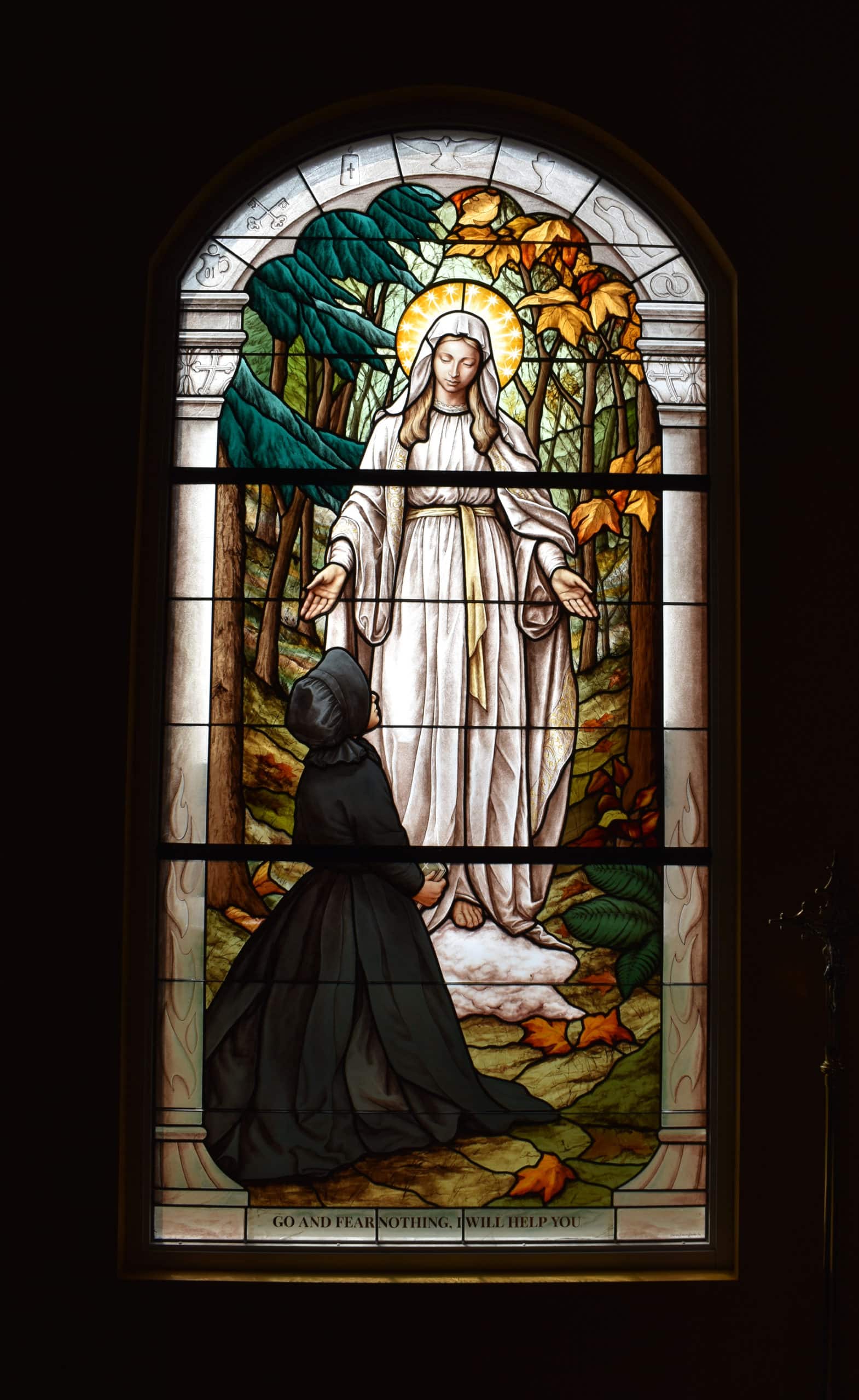 Our Lady of Good Help Window seen from interior after installation. 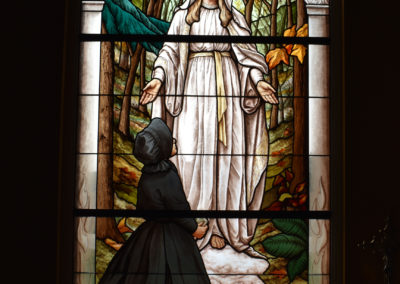 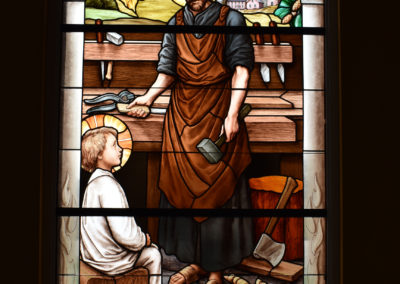