The State Theatre faithfully served the community of Sioux Falls since 1926, however, disrepair and suburban migration caused the theatre to shutter in 1991.

The community rallied around their beloved theatre and a new roof was installed in 2001, saving the auditorium from extensive water damage. Over the next several years, successful capital campaigns helped to raise the funds needed to phase the restoration. The original decorative scheme had long since been painted over but exposed areas in the projector booth indicated the evidence of colorful stencils. By means of exposure windows and core samples, the original colors and patterns were determined, and plans to “Bring Back the Lady” were full-steam ahead.

A new curtain and chandeliers were the final touches to complete the glorious return of the State. 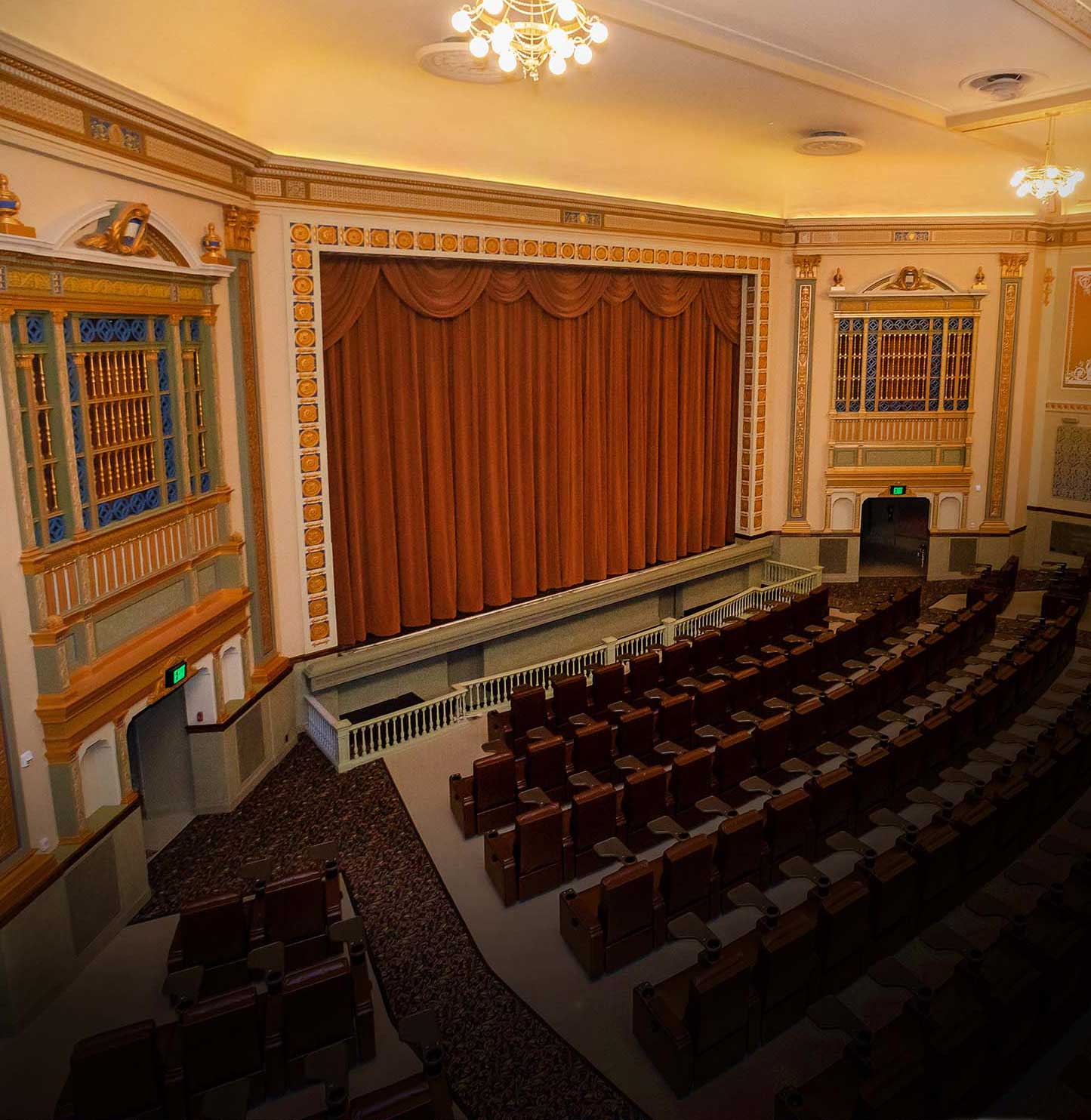 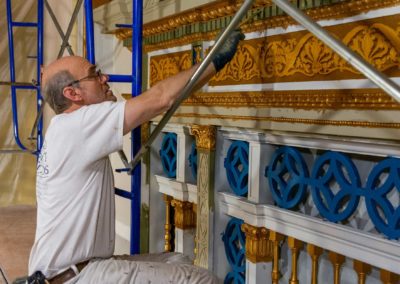