The aesthetics of these traditional windows take design cues from an existing 1916 Emil Frei stained glass window. Consistent Gothic architecture of the four windows in the nave and the two windows above the altar contain figures reflecting the bursting sun and the monstrance. The two upper windows depict angels in a blazing glory of light surrounded by the columbine, Colorado’s state flower. Above the altar, the angel on the left plays a harp, while the angel on the right holds a censor burning incense. Both angels have the fleur-de-lis symbol adorning their garments, which represents the purity of Mary and repeats the use of the fleur-de-lis from the chapel floor. Vibrant in color, the Adoration Chapel angels impart peace and tranquility.

Colorado’s rolling hills provide contrast to each of the four Saint windows. At the back left, Saint Augustine is depicted in his full dress as the Bishop of Hippo. In his right hand he holds a flaming heart, representing his devotion to Jesus. In his left hand he holds his bishop’s staff and an elegantly bound book, symbolizing his highly esteemed writings. The five decorative elements on his outer garment represent wisdom. Next to St. Augustine is his mother, Saint Monica. She holds a crucifix in her right hand, representing her love for Jesus, and an open book in her left hand with the Latin words meaning “pray and persevere.” At her feet is a vessel of daylilies, symbolizing motherhood.

On the right side of the chapel, closest to the altar, is our Blessed Virgin Mary holding her hands in prayer. She is wearing her signature color blue with a white inner garment, representing her purity. The white garment is decorated with crosses signifying the suffering of Jesus. On her blue outer garment and in the vase at her feet are lilies, further representing her purity. Her halo consists of seven stars, recalling her seven sorrows. At the bottom right, hidden in the tassels of the tapestry, sits a curious church mouse. Next to Mary stands her son, Saint John the Evangelist. In this book, he is recording the Latin phrase, “This is the bread that came down from heaven, not like the bread the fathers ate and died. Whoever feeds on this bread will live forever.” His outer garment is decorated with his symbol, the eagle. A range of deep red background tones throughout these windows symbolize holy zeal and martyrdom.

Artistry and craftsmanship along with a diverse range of methods and techniques partnered to create these six new windows. The majority of painted colors were fired at 1200 degrees, additional silver stains and enamels were fired at 1100 degrees. The artists worked with a combination of German and Polish glass, along with European and American Blenko. The unique shading from dark to light in Blenko enabled CSS artists to achieve a natural gradation of color in the illustrated fabrics and sky. Flash glass used on Saint John’s robe and the angel wings allowed the red tones to be etched off in varying degrees with hydrofluoric acid. CSS artists employed centuries old glass techniques combined with modern etching methods to craft a collection of spirited stained glass windows for the Brighton community. 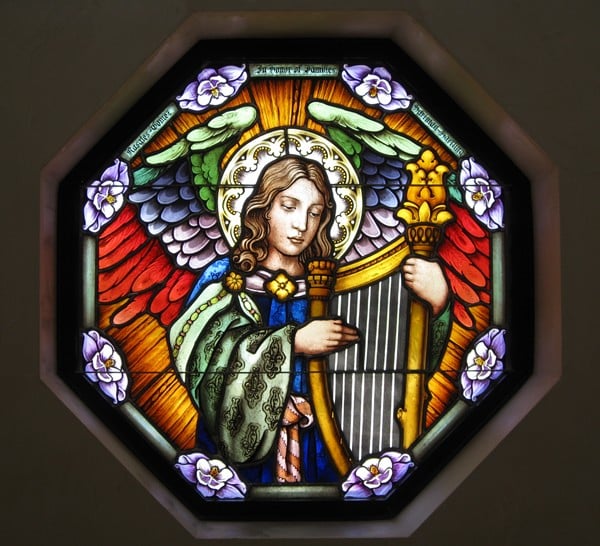 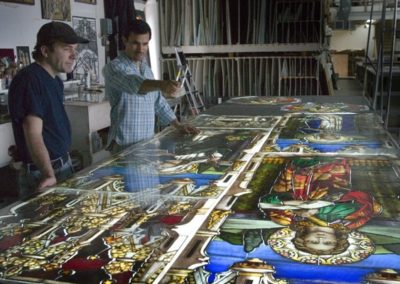 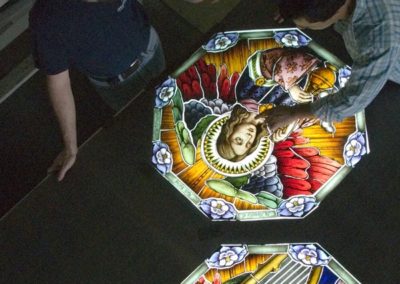 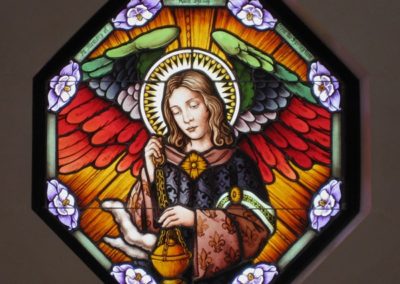 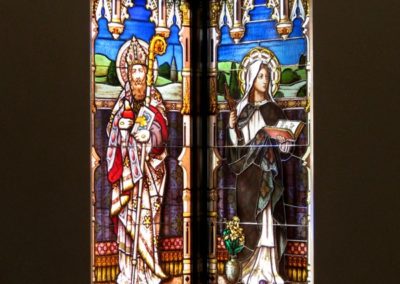 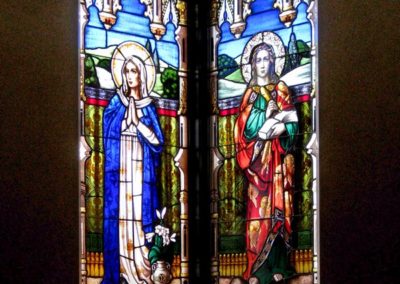 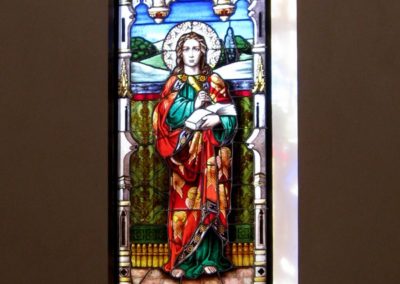 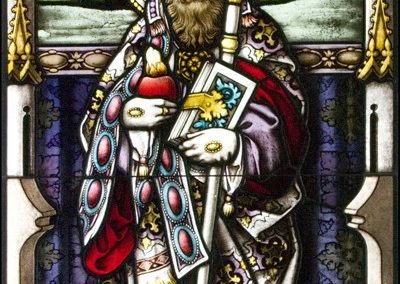 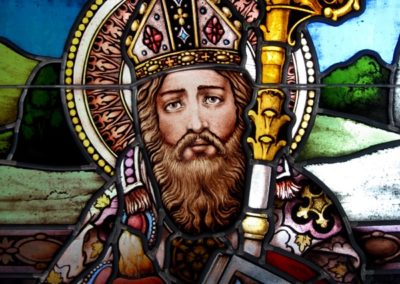 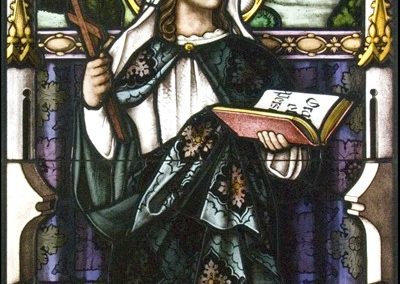 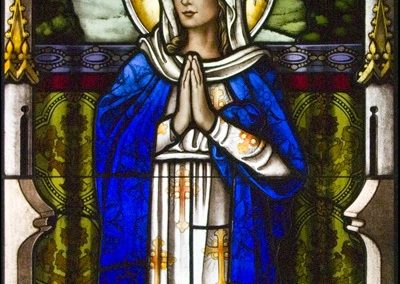 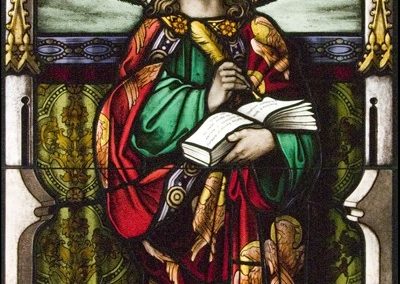