Built in 1879, St. Columban’s gothic architecture features pointed arches and high, vaulted ceilings which lead the eyes upward to heaven. In 2015, the existing decorative scheme was drab and dated, with severely deteriorated paint and plaster throughout the church. Four original murals, depicted in the historic photo, had been removed, and the murals which still existed presented with a deeply, yellowed varnish coating and poor previous restoration attempts.

Using the historic photo as a guide, CSS designers developed a rendering to illustrate the colors and patterns in the historic scheme. The rendering was incorporated to an informational board and brochure which communicated the vision for the project and assisted in generating the enthusiasm and funding for the restoration. A sample area was executed prior to the project, which assisted in determining the final colors and provided the opportunity to assemble a conditions and treatment report for the murals that still existed.

Due to the deteriorated surfaces of the plaster walls, a polymer wall system was applied to flat areas creating a smooth, long-lasting finish on which to apply the historic patterns. The ornate stencils were returned to the arches and a faux marble finish was applied to the columns. Two new murals to replace the missing artwork rounded out the decoration.

The gilded stencils and inspiring murals have returned to serve as a beautiful backdrop to the ornate wood-carved altars and shrines. The beauty of our forefathers is renewed – to be enjoyed and admired for generations to come. 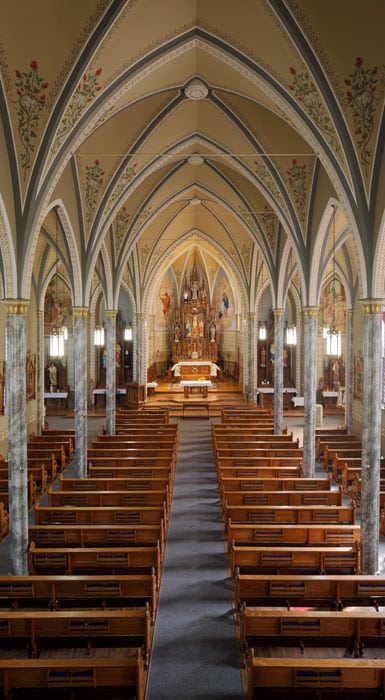 Finished Photo of the Sanctuary. Photo by Aaron Dougherty 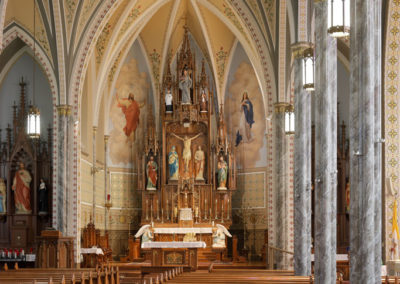 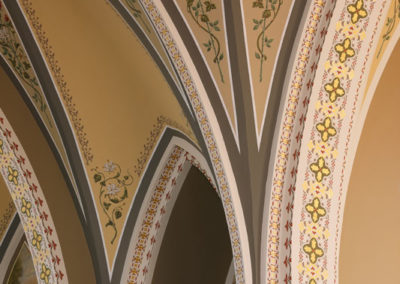 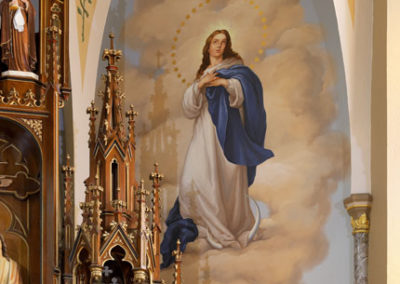 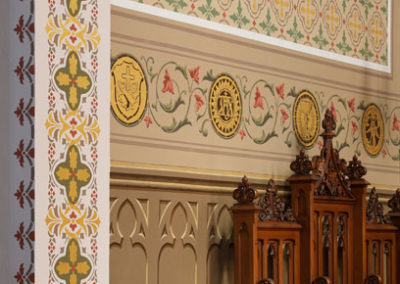 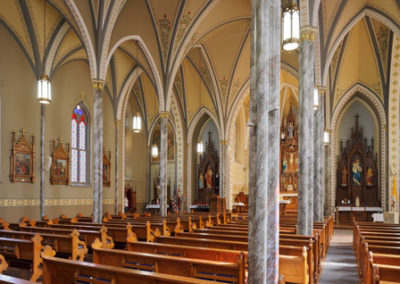 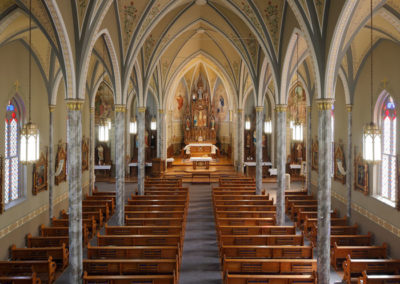 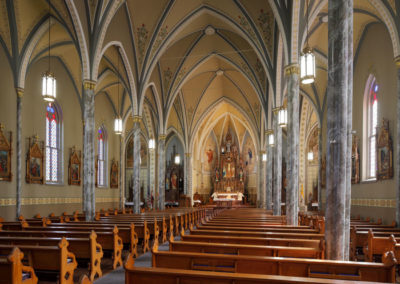