Time had taken its toll on the interior of St. Genevieve Catholic Church in Lafayette, Louisiana. The wood ceiling was layered with dust, and water-damaged plaster was widespread on the walls and moldings.

After a sketch was completed and approved, the on-site work began. The Studio’s scope included:

After construction was underway, Father Mallet contacted CSS with a new idea for the sanctuary ceiling decoration. Instead of the proposed decorative stencils, Father suggested the idea of painting six murals depicting the life of the parish’s patron, St. Genevieve. Facing a tight construction schedule, CSS acted quickly to make this exciting vision become a reality. Costs and timeframes were computed and sketches were developed with input on themes and design style from Father. The project moved ahead quickly and the murals were installed in time for the dedication.

On January 3, 2012, the Feast of St. Genevieve, a Mass of Rededication of the Church and Altar of Sacrifice was celebrated. This solemn liturgy of rededication culminated a long and moving journey made possible by many generous donations, diligent planning, perseverance and dedication, all to honor the greater glory of God. 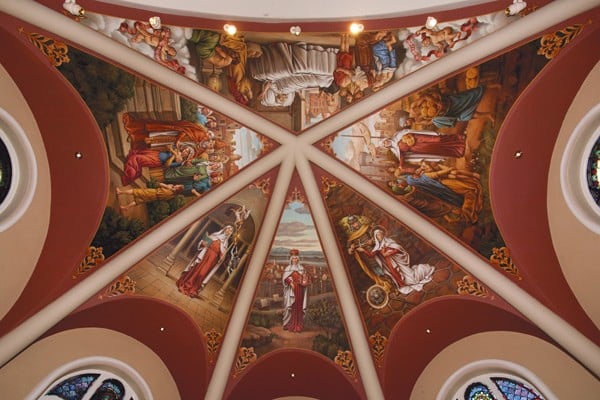 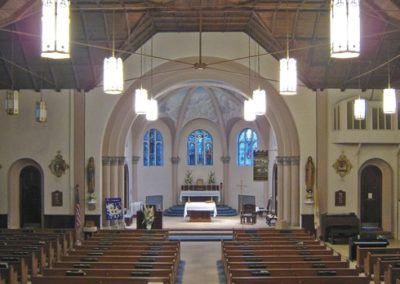 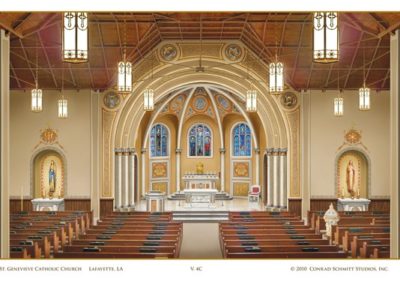 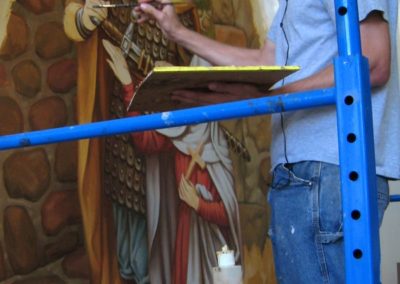 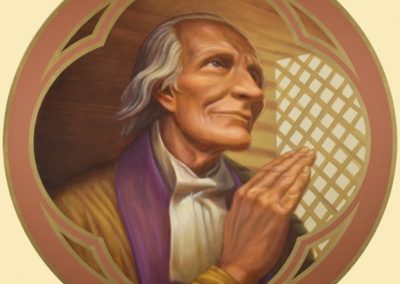 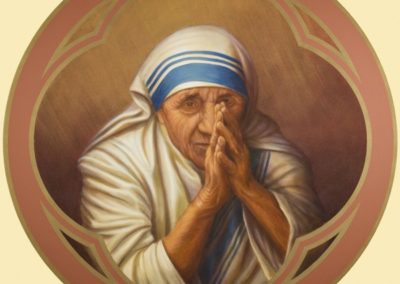 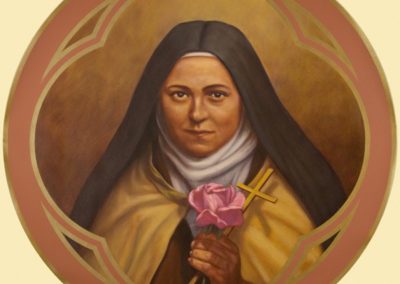 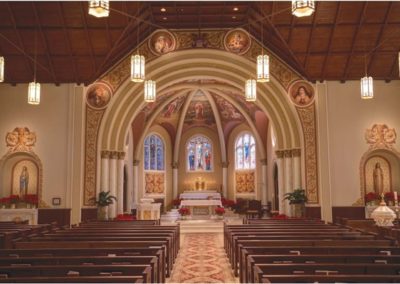 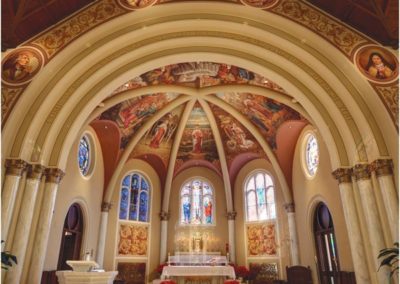