St. Hedwig Catholic Church, built in 1887, incorporates a unique combination of Gothic and Romanesque styles. Architectural elements such as corbels, pilasters, niches, capitals and arches combine with high ceilings and large window openings to create an impressive and welcoming worship space. In 2009, a team of artisans with Conrad Schmitt Studios led the renewal and revitalization of the interior decorative finishes. In 2018, the parish reached out once again to CSS for the conservation of their iconic stained glass windows.

The conservation was completed in several phases in order to accommodate the parish budget and schedule. The project included treatment of fourteen large lancet windows in the church nave. Each window was carefully removed, and transported to the Conrad Schmitt Studios facility in New Berlin, WI. The panels were documented, the lead was removed and the glass was cleaned. Cracked pieces were repaired, panels were re-glazed and cemented, and new reinforcement bars were applied. Completed window panels were transported back to the church and re-installed. As a final step, vented storm glass was installed on the exterior of the church, offering additional protection for the artwork in a busy urban environment. 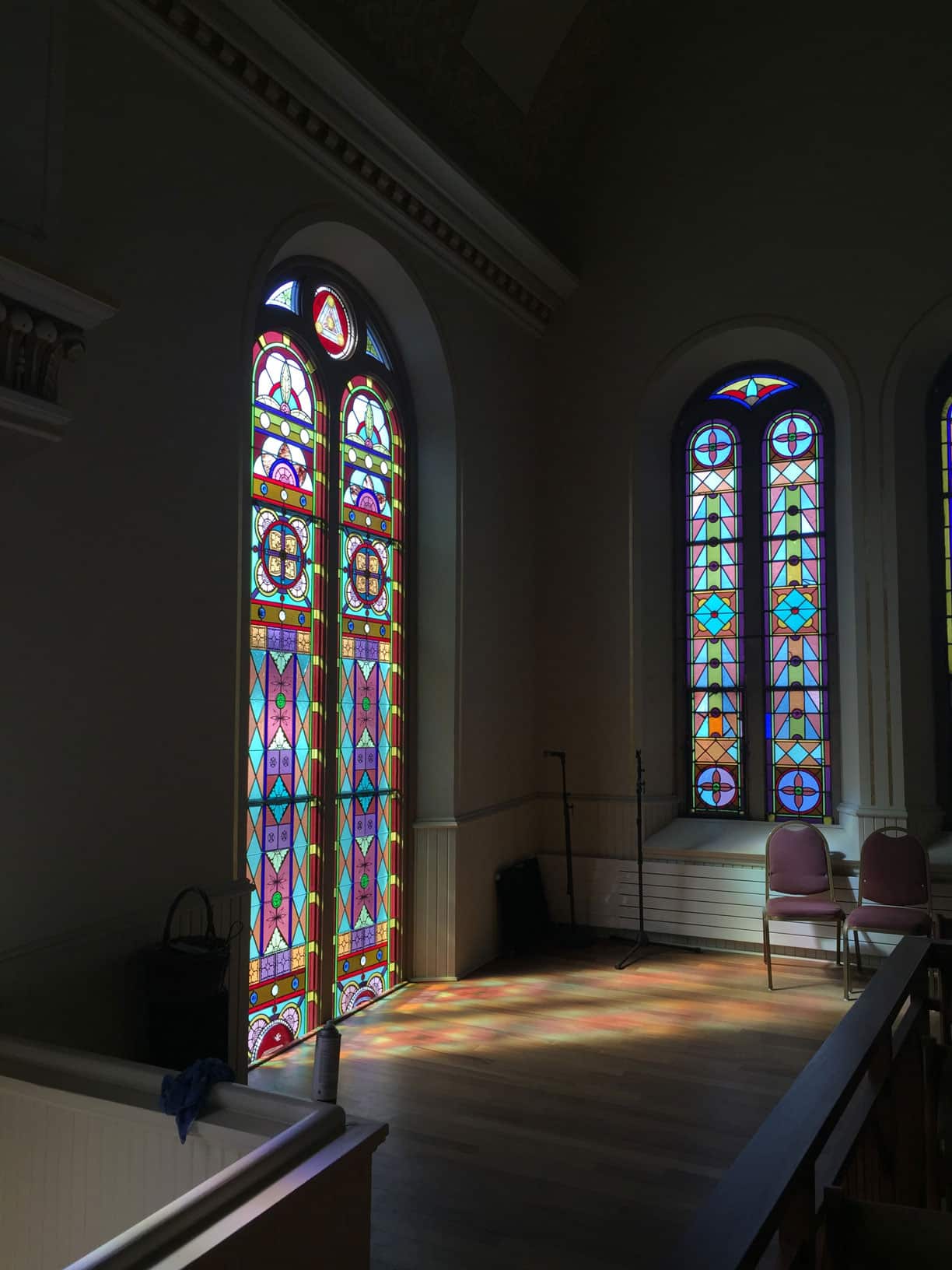 Windows seen from the interior after installation. 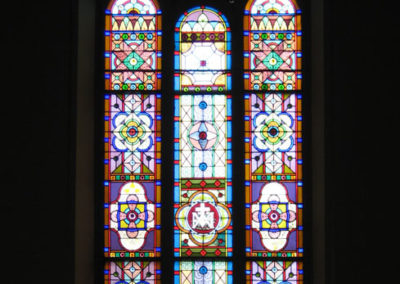 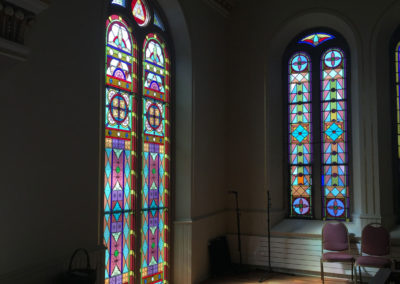 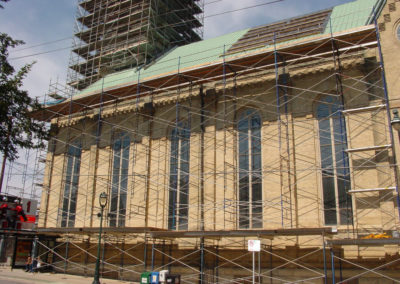