To restore one of Chicago, Illinois’ largest catholic churches to its original glory, with plaster repair, decorative painting, mural and mosaic conservation, while allowing masses to continue in the church. The ornate interior of St. Hyacinth Basilica (1921) includes three altars and a highly decorated apse ceiling with gold mosaic. There are also several murals, the largest of which is 3,100 square feet.

For fifteen months, Conrad Schmitt Studios’ artists quietly conducted their extensive work around four masses each day. Artisans removed decades of candle smoke residue and restored the wall’s plaster substrate. Original painted stencils were traced, then transferred to computers at the Studio, where new ones were cut. Artists painted, stenciled, gilded and glazed from the soaring domes to the baseboards.

On scaffolding 75 feet high, the numerous murals by John A. Mallin were painstakingly conserved and restored. Artists also restored the high altar, two side altars, the Stations of the Cross and the mosaic work in the church. 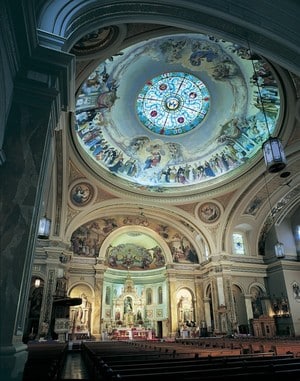 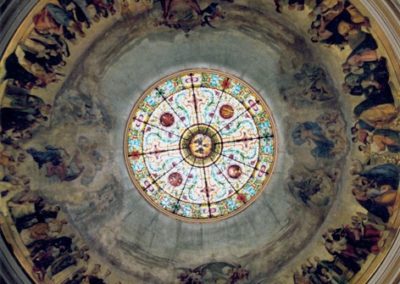 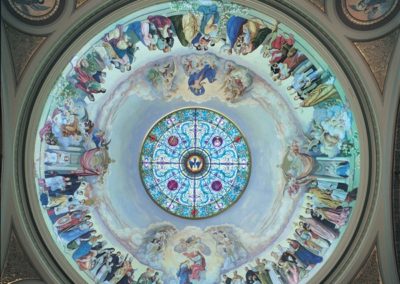 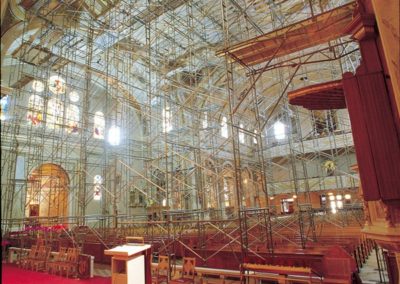 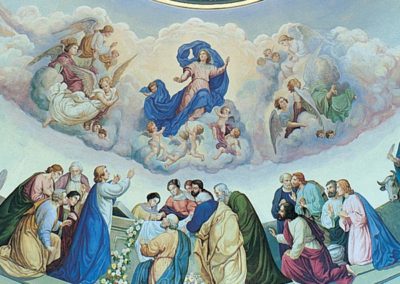 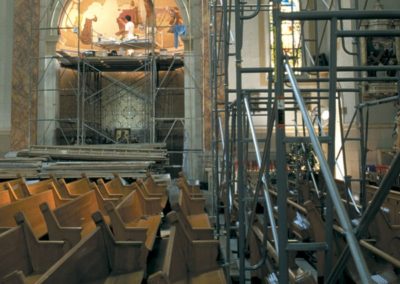