Devotion to the Fourteen Holy Helpers originated in Germany in the 14th century. When venerated together, they are believed to intercede against various diseases: The Fourteen Holy Helpers panels were part of a side altar in the original St. Joseph Cathedral and were stored for later use in the new Cathedral. In numerous areas the paint had chipped and flaked off. Imported from Huesel and Rorbacher in Germany in 1885, the panels were restored in the first half of the 20th century by Sr. M. Marietta Hackner, FSPA. The panels were carefully transported to Conrad Schmitt Studios, inspected and cleaned. A barrier varnish was used to consolidate and protect the existing paint. Missing areas were carefully matched with paints and gold leaf. CSS artisans designed a new frame that honored the appearance of the original altar. The frame provides natural air convection and uses proprietary non-glare glass. The frame color and lighting highlight and enhance the panels.

The Feast of The Fourteen Holy Helpers is celebrated on August 8th. 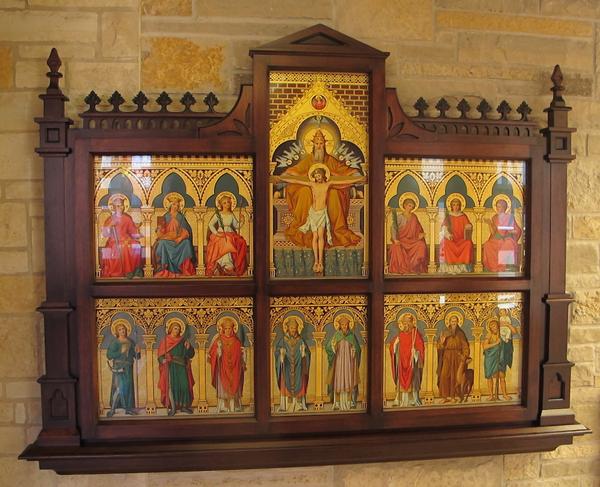 Interior Restoration of the St. Joseph the Workman Cathedral 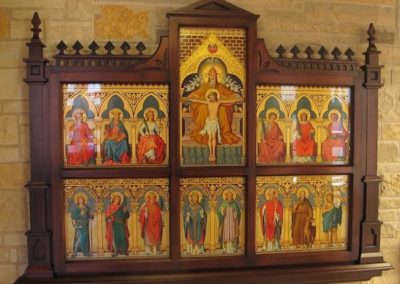