In 1887, Assumption Church was the only Catholic church in Topeka, Kansas. As the city grew and flourished, Bishop Louis Mary Fink decided that a second parish was necessary to serve the influx of new German-speaking parishioners. The newly ordained Father Francis Henry was appointed Pastor of St. Joseph Catholic Church.

St. Joseph’s current building was constructed in 1898. The first interior decorative scheme was completed in 1909, featuring Stations of the Cross, stained glass windows, and decorative elements by Jacques Mueller. Mueller painted the angels on the dome and four large murals in the transepts, eight large murals in the clerestory, and floral decorations throughout the interior. In 1943, an interior renovation removed decorative elements and brought in new detailing, including stencils at the side shrines and sanctuary walls. In 1956 another renovation was completed, adding faux marble finishes to the columns and sanctuary walls. Due to failing plaster in 1980, repairs and renovations included removal of the clerestory murals and overpainting at most decorative stencil work. The resulting interior maintained artistic details from several eras, but lacked a cohesive style.

In 2019, church leaders and SFS Architecture reached out to Conrad Schmitt Studios, Inc. for assistance with restoring the historic character of the church. Historic preservation specialists from CSS analyzed archival images from throughout the church’s history and performed core sampling and exposure windows to identify previous color schemes and stencil patterns. Using information gathered during the analysis, the CSS design team produced a rendering suggesting a decorative interior which preserved the important artistic elements of various eras and restored missing items important to the character of the space. After fine-tuning with input from the church, the final design was executed by the artists and craftsmen of Conrad Schmitt Studios, Inc. The resulting decorative scheme honors the contributions of previous generations while uniting the various elements together to present a unified vision. The renovation of St. Joseph Catholic Church was awarded the 2021 Medallion Award by the Kansas Preservation Alliance. 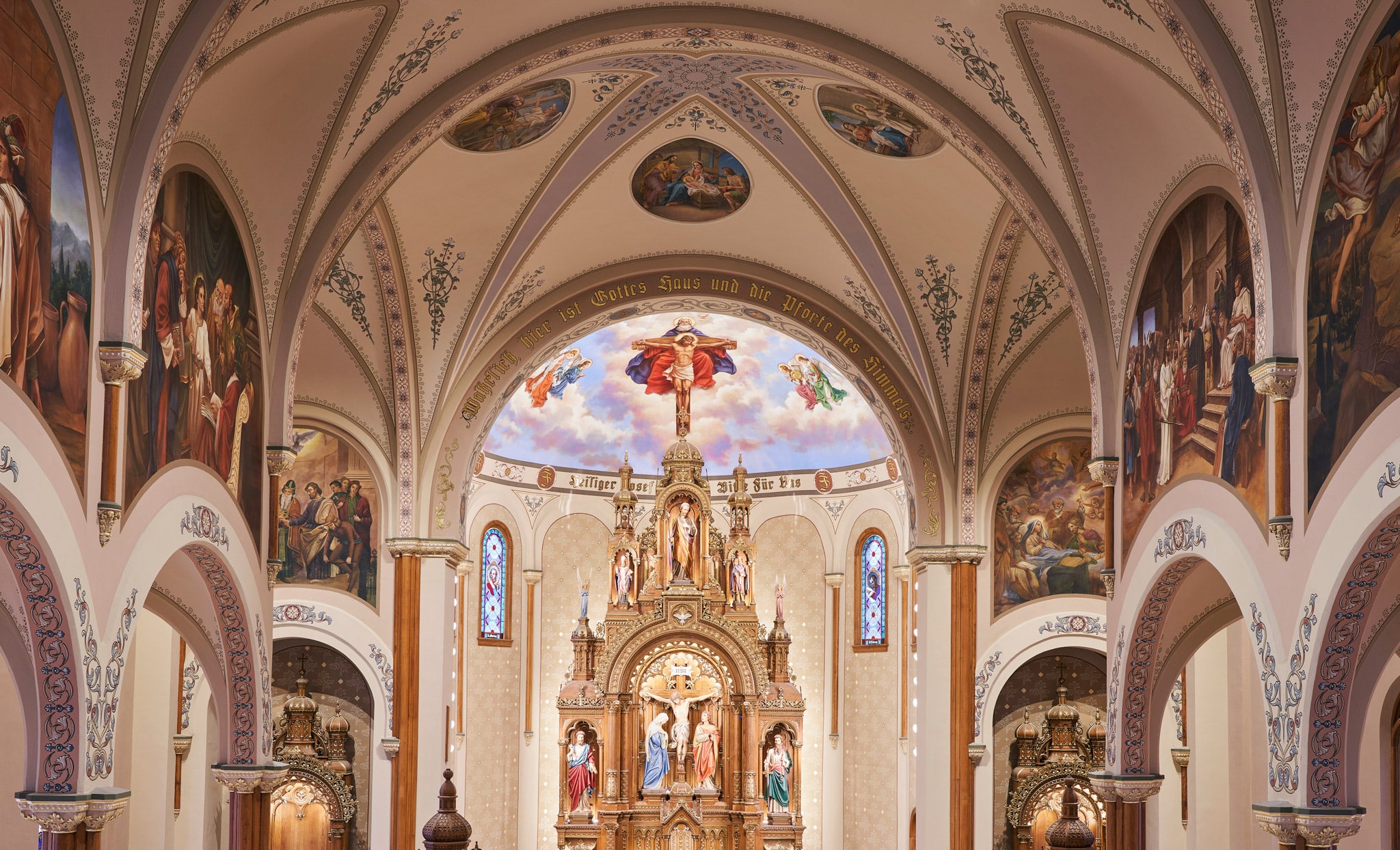 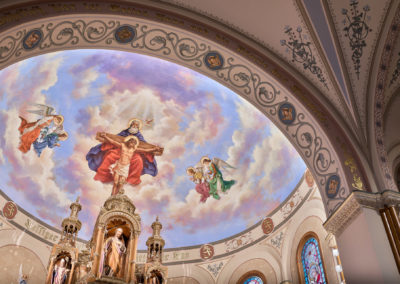 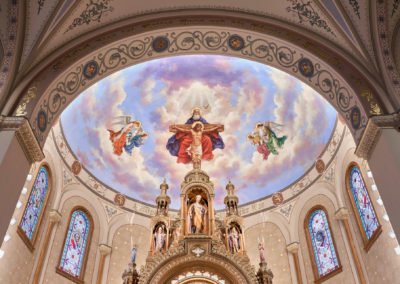 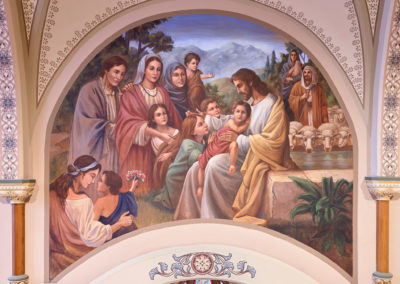 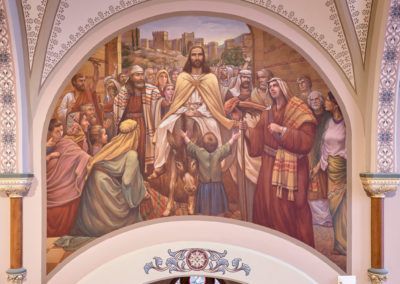 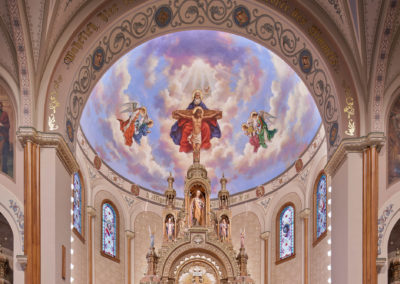 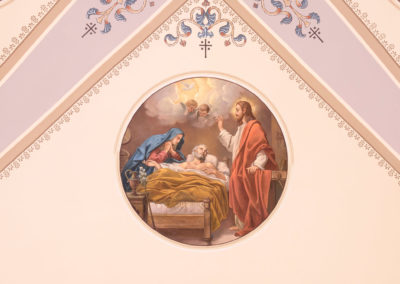 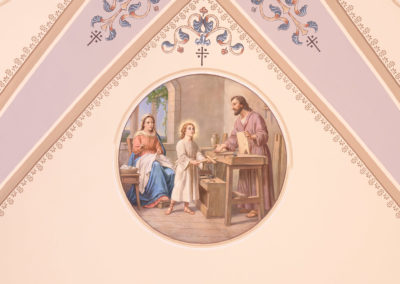 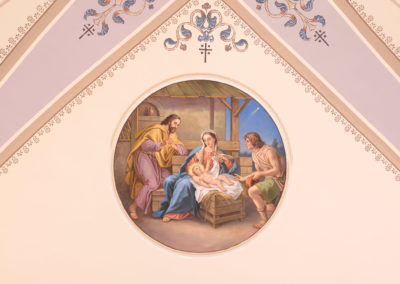 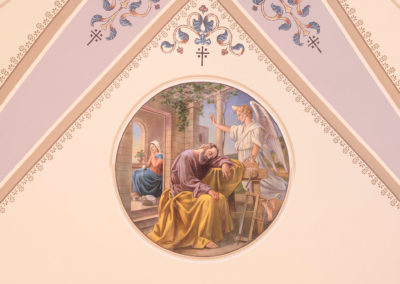 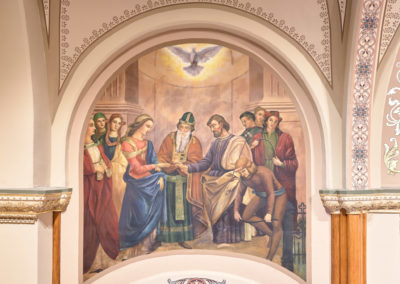 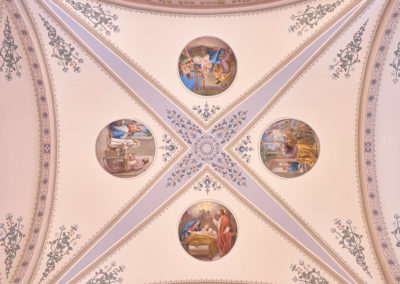 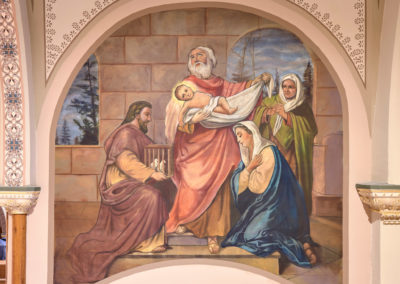 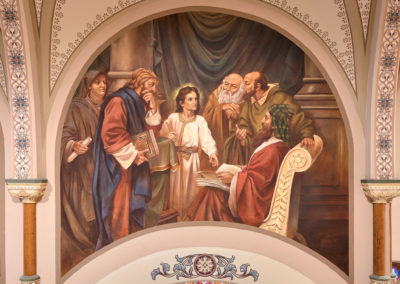 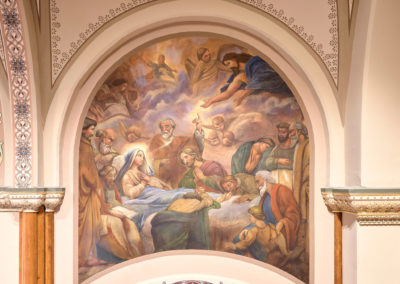 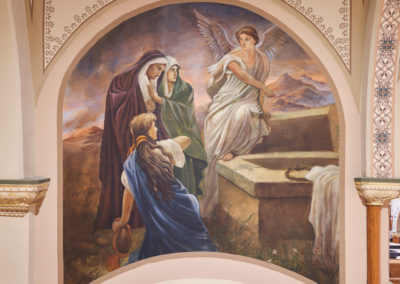 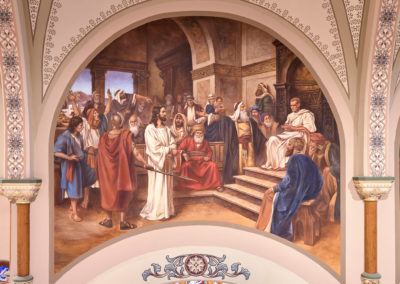 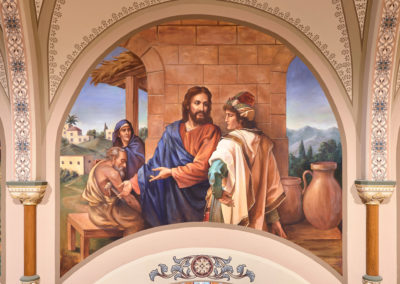 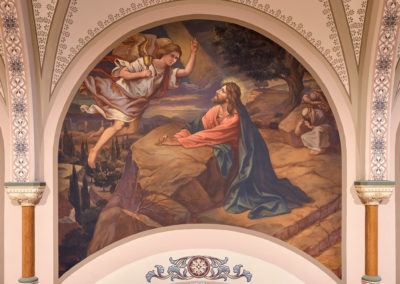 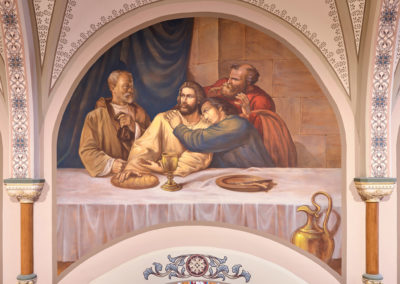 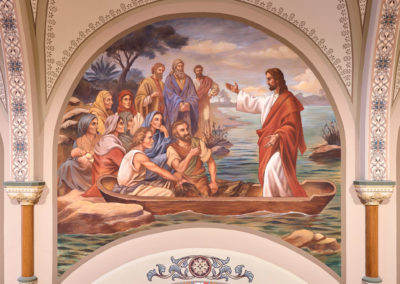