Fennimore, Wisconsin
In May 1914, The Fennimore Times reported, “St. Mary’s Church is one of the most magnificently adorned church edifices in this part of the state.” With the coming of Vatican II and the theological interpretations that followed, these adornments were removed and with them, much of the spirit as well.

Rev. Miguel Galvez became Pastor at St. Mary’s in 2011. Father Galvez believed that the beautiful liturgical art work and fine custom furnishings were an important part of creating an environment that heightened the worship experience, and thus began a journey towards restoring the spirit of the original church’s interior.

The Conrad Schmitt Studios was selected to embrace Father Miguel’s passion and develop designs to beautify the church’s interior. After several consultation meetings at the church, CSS provided color interior designs for review and modification. These designs focused on the existing architecture, the need for both the standard and extraordinary mass while returning decorative elements from the original scheme.

New custom altar furnishings were inspired by nineteenth century Gothic high altars, like the one that was originally displayed in the church. CSS crafted chairs, sanctuary rails, an ambo, a baptismal font, and matching frames for existing Stations of the Cross. Above the sanctuary, the apse ceiling is adorned with six murals depicting Mary surrounded by saints. St. John Nepomuc and St. Lawrence O’Toole (co-patron saints of the parish community) stand alongside Doctors of the Church, ST. Thomas and St. Teresa, as they offer their crowns in honor of Mary, Queen of Saints. New decorative lighting and reupholstered pews refresh the century-old space and look to the comfort of the community.

Conrad Schmitt Studios takes great care to involve the client in creative decision making throughout the design process. Fr. Miguel provided input and feedback every step of the way. “We both worked together trying to find a unity of all the elements,” Fr. Miguel says. “It was about adding the necessary elements to create beauty, enhance the liturgy, teach the Faith, honor the history of the parish, and nurture the culture of our specific community…” 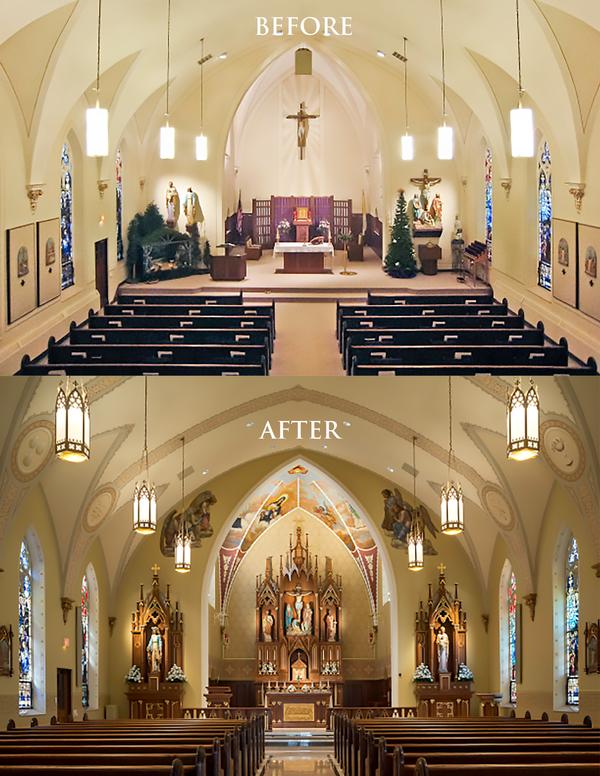 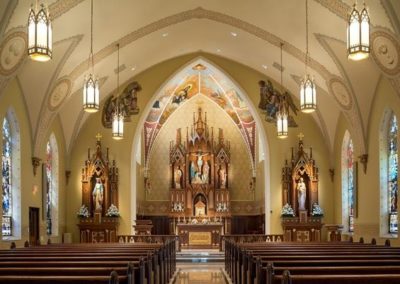 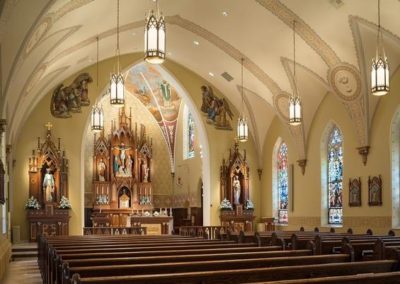 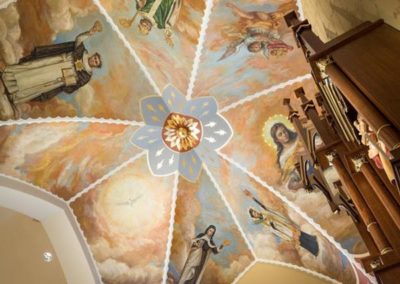 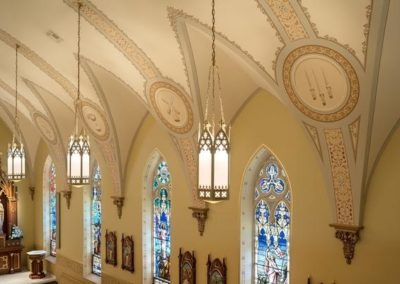 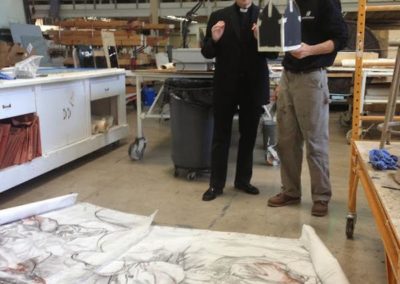 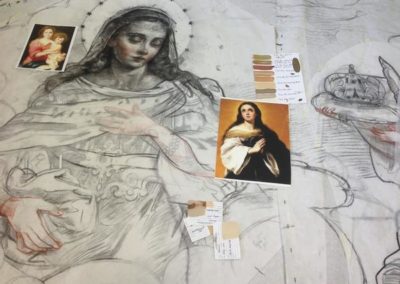 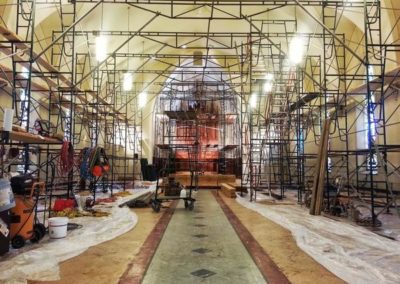