Built in 1842, St. Mary Magdalen Parish, Abbeville, Louisiana was in dire need of renovation. Founded by Pere Antoine Desire Megret, the parish was placed under the invocation of Saint Mary Magdalen, a beloved saint among the descendants of the Acadian exile who settled throughout Southern Louisiana. Conrad Schmitt Studios knows the Parish well from its decorating work in 1922, 1963 and 1984 (see copy of letter and image). This restoration project called for elements such as gilding, glazing, stencils, murals, faux marble, faux mosaic and trompe l’oeil.

Initially, Conrad Schmitt Studios was called upon to assess the damage to interior plaster walls and ceilings. The investigation revealed a less than ideal countenance. Over the decades, the combined effects of heat, humidity, hurricane winds, heavy rain and years of moisture infiltration caused paint to peel and the once sturdy plaster walls to falter.

Next, color design renderings were developed to illustrate the proposed interior decorative schemes. Each decorative scheme was designed in such a manner to accentuate the interior architectural elements and create an energetic worship environment. The onsite sample was reviewed by Rev. William Blanda and architect, Eugene Sellers, Jr. The approved design rendering and sample were used as tools to illustrate the quality and artistry that proposed for the church’s interior. Once approved, the sample acted as fuel to generate the enthusiasm and propel the fund raising campaign necessary to transform the Parish interior.

Ten new murals were designed in full color on a 1 inch to 1 foot scale for client review and approval. Each mural was created on canvas by a single artist, at CSS, and then applied to the nave ceiling. Within the nave ceiling a nine-tone trompe l’oeil molding surrounds and connects each of the ten murals. During the process, progress photos were sent to the client to ensure compliance with their approval.

The sanctuary has been beautifully restored. Trompe l’oeil ribs, soft blue tones, and gold stars now adorn the ceiling. The once wood finished baldachino has been transformed with a faux marble finish, appearing to be carved from a single piece of marble. The central image underneath the baldachino hood depicts the Holy Spirit as a descending dove. The Stations of the Cross were also finished in a faux stone appearance to tie in with the baldacchino.

On Sunday, January 31, 2010, His Excellency The Most Reverend Michael Jarrell, D.D., presided over the Mass of Dedication of the Church and Sacrificial Altar. St. Mary Magdalen Church was dedicated to God during this solemn rite, which is considered among the most solemn and beautiful liturgical services. 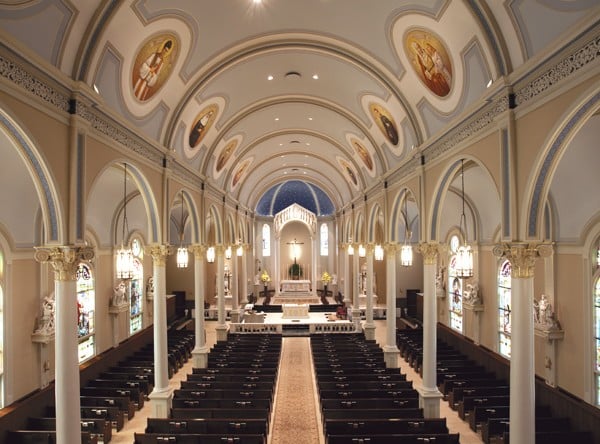 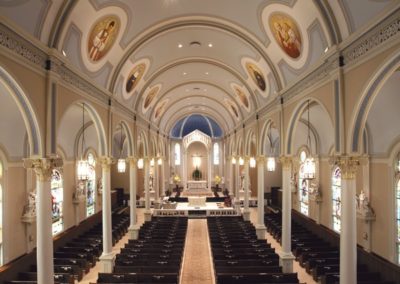 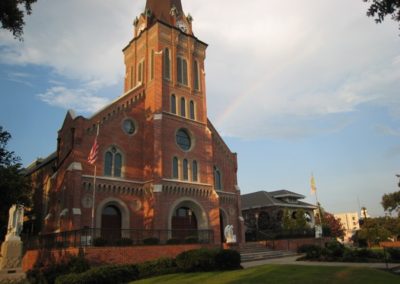 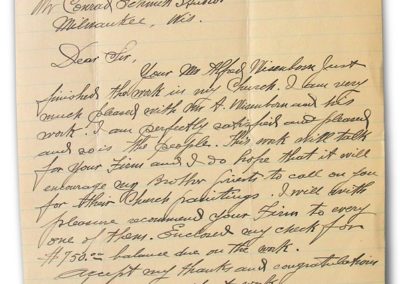 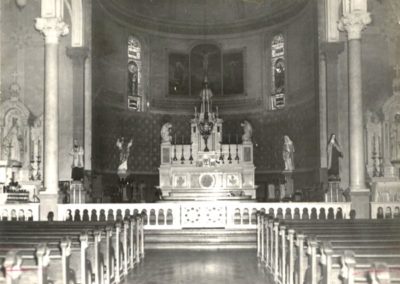 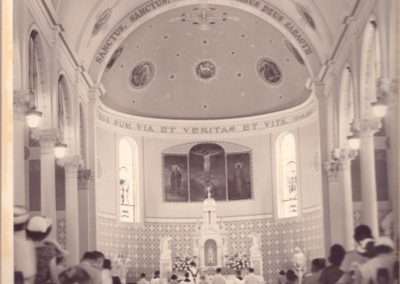 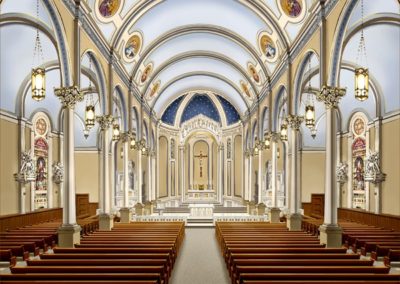 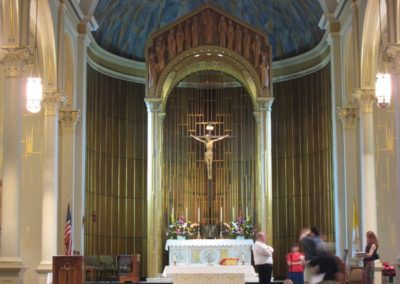 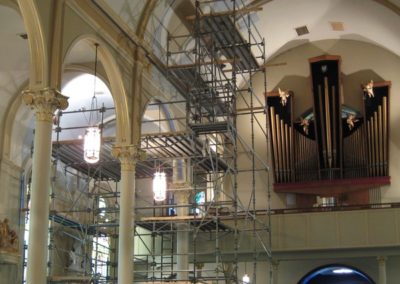 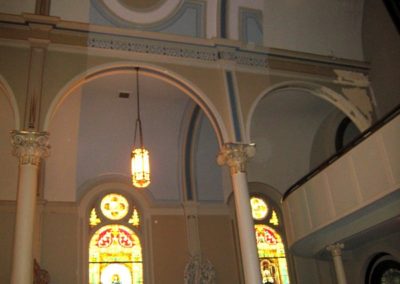 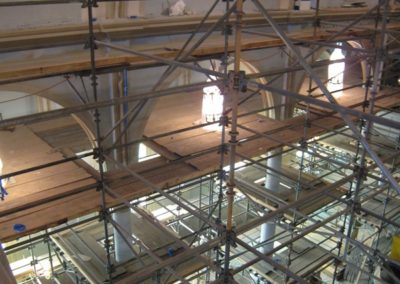 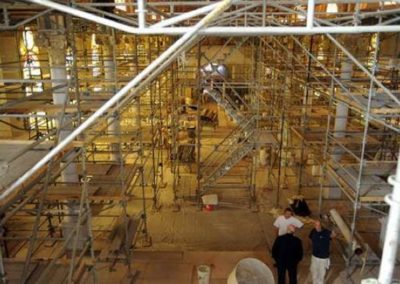 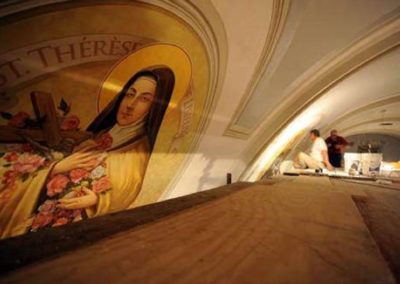 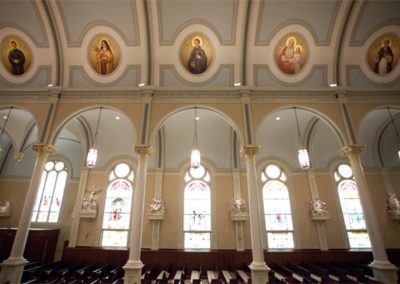 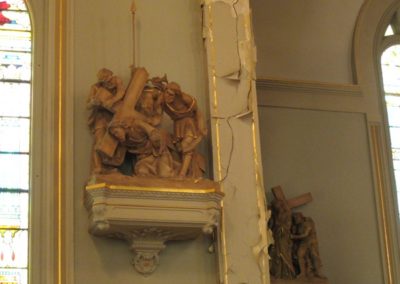 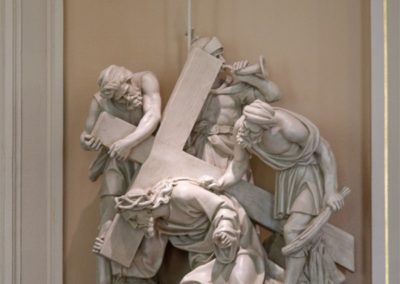 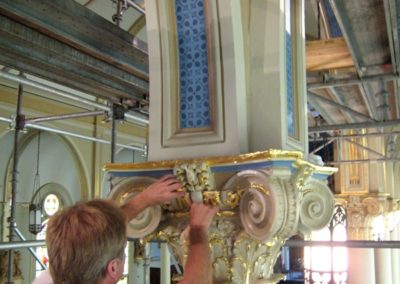 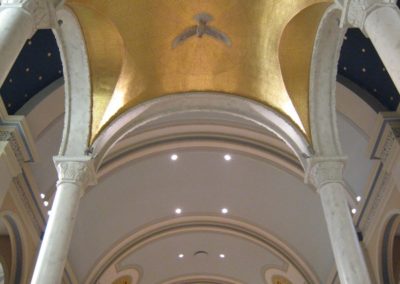 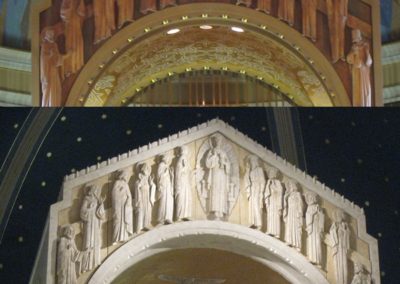 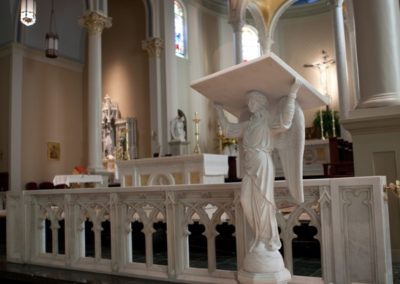 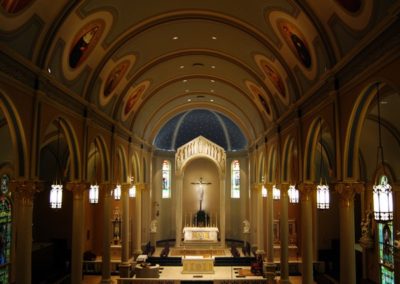 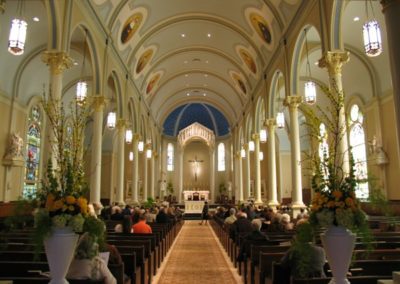 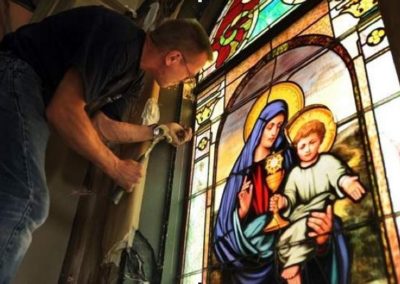 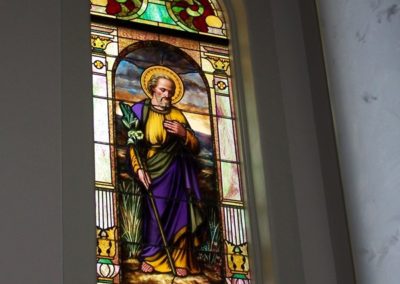 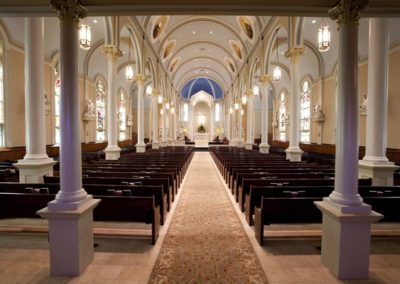 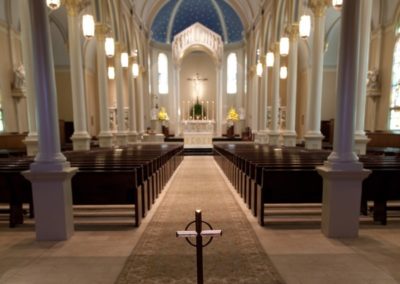 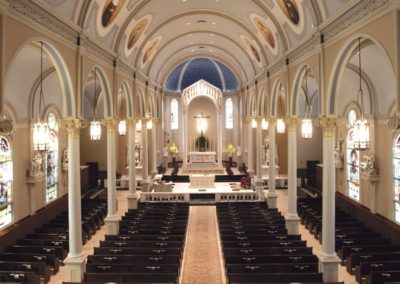