St. Peter Catholic Church was originally dedicated on May 9, 1926, the parish’s second church building since its inception in 1886. The structure’s Greco­-Roman facade and its five-­-aisled, “no-pillar” nave are unique for the time period. At the time, the 800-­seat interior was one of the most ornate and elegant buildings in the city. As the years passed, the interior began to appear worn and shabby from use. The plaster walls and columns were dirty with age. The ceiling was finished with 12″x 12″ acoustic tile which showed stains from repeated water damage. In 2013, this aged interior was renewed and revitalized with the help of the team of artists from Conrad Schmitt Studios. Working closely with Father Cook, CSS artisans designed portraits of apostles and angels in a rich trompe l’oeil mosaic style and a dramatic dark blue ceiling dotted with hundreds of golden stars. CSS artists also transformed more than fifty columns in the nave with realistic faux marble finishes. The church once again stands proudly as a beacon of hope in its Omaha community. 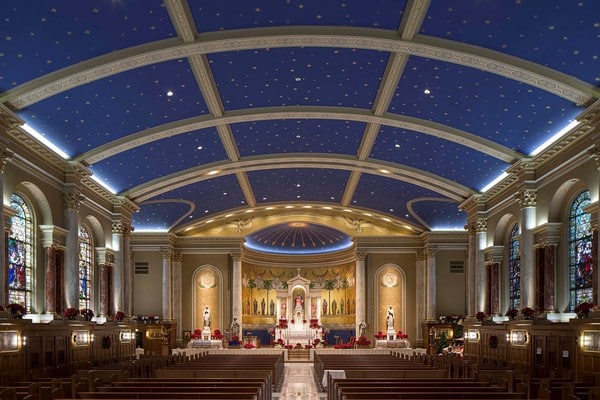 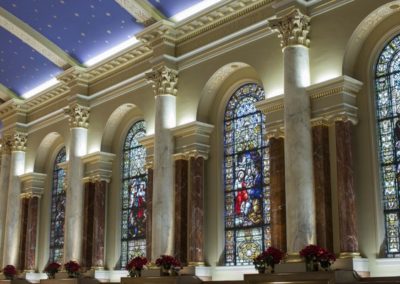 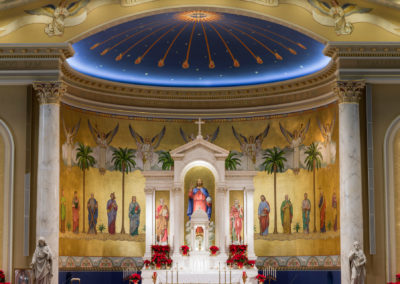 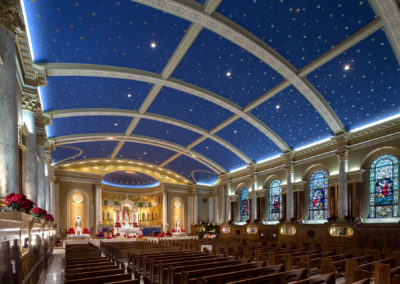 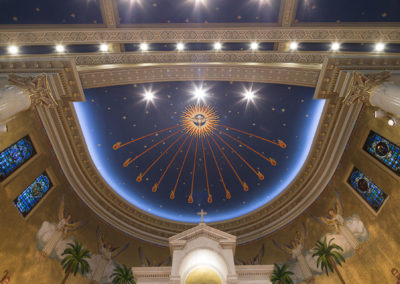