St. Stanislaus Catholic Parish and Oratory in Milwaukee, Wisconsin was built in 1873. Originally designed in the Baroque style, with a delicately painted interior and elegant stained-glass windows, St. Stanislaus was truly a Milwaukee Gem. During the 1960s, renovations in response to Vatican II altered much of the original decoration. In recent years, the church has embarked on a dramatic restoration program to renew its infrastructure, restore the church to its original grandeur, and reinvigorate the growing parish community.

Revitalized Interior
Using historic photos and original colors, a rendering was developed to provide a visual representation of a revitalized interior scheme. The goal was to incorporate as many historic design elements as possible to harmonize with existing marble and other modernizations of the 1960s. Colors used in the interior were selected to restore the look of the 1873 church. A vibrant blue color was uncovered in the Sanctuary ceiling that featured a gold scroll stencil. Blue represents faith and heaven, making it the right choice for the Sanctuary. An extraordinary amount of gold was used throughout the interior of the church, symbolizing the presence of God, majesty, and joy.

New Stained-Glass Windows
With the assistance of historic photos, artists began the restoration with designing new windows based on Baroque architecture and the traditional Catholic styles of the 1800s. During design, they discovered a local workshop that housed glass fragments from the windows that were removed in the 1960s. To honor the past, a few of the fragments in usable condition were incorporated into the windows. Two of the new windows displaying the Blessed Mother and Saint Stanislaus were installed in the Sanctuary. The ten windows in the Nave and the Rose window were transformed from modern colored-glass windows to traditional Catholic styles. A hand-painted tromp l’oeil frame surrounding the Rose window depicts scenes from the Life of Mary.

To enter St. Stanislaus Catholic Parish today is like taking a step back in time. With newly restored windows, decorative paint and ornamentation, this church has once again become a thriving beacon of faith in Milwaukee and the surrounding communities — preserved for many years to come, and for many generations to enjoy.

View the transformation of St.Stanislaus through this digital time-lapse. 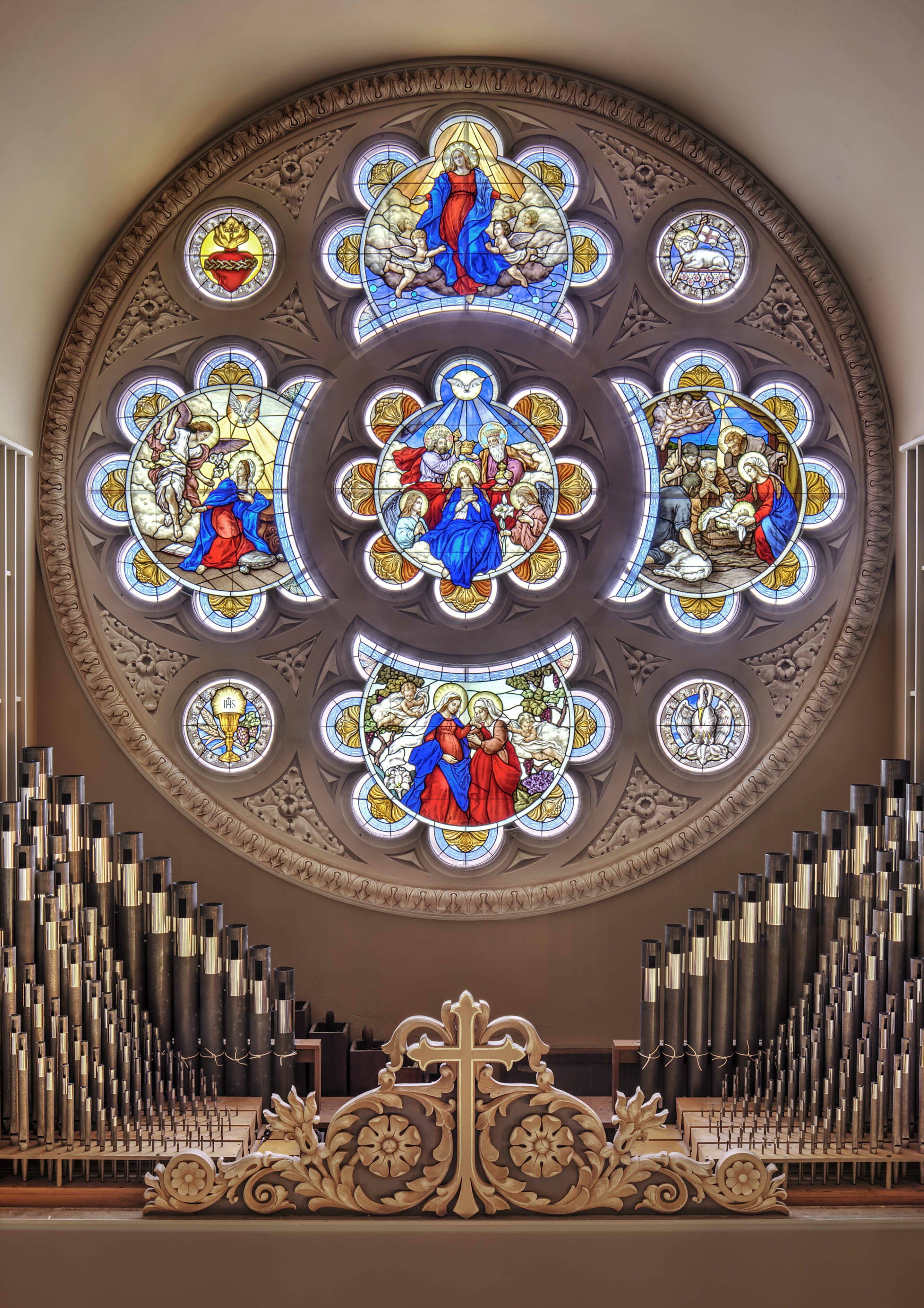 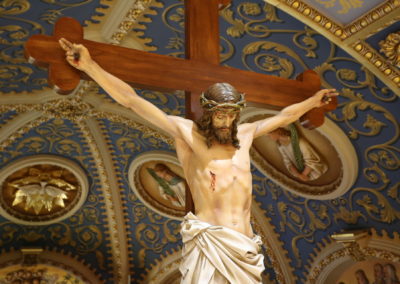 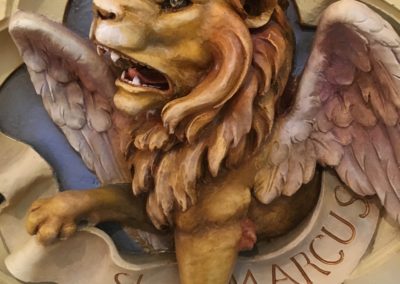 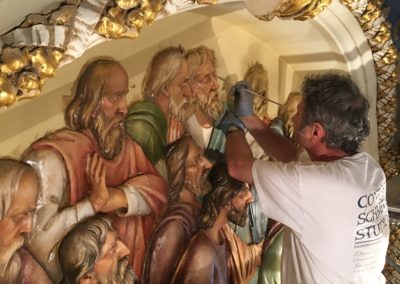 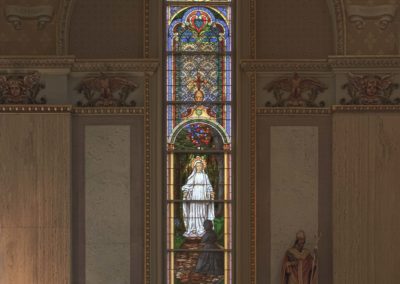 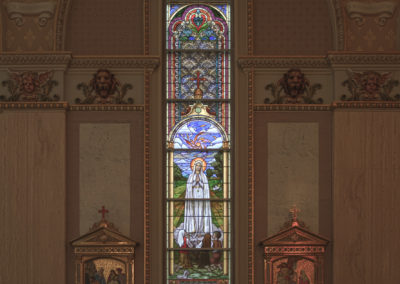