For more than 60 years, St. Joseph Chapel has been the heart of the St. Joseph Retreat and Conference Center, “drawing visitors into its sacred space and inviting an encounter with the Lord.” stjosephretreat.org/chapel  In 2016, the facility reached out to Conrad Schmitt Studios to assist with the renovation and revitalization of the chapel’s interior.

During the renovation, many existing elements were restored or enhanced, including various marble details. New side shrine pedestals were inspired by elements in the existing shrines. The original sanctuary mural that was removed in an earlier decorative scheme was replicated. The design features two adoring angels and the Holy Spirit. At the ceiling and walls, existing patterns were renewed with the original color scheme. The Litany of St. Joseph frames the side shrines and aisles.

The significant renovation also included new lighting and sound systems, enhancements to sacristy spaces, new chairs and kneelers, and new flooring. In order to make this all possible within the available budget, CSS designers and artists worked closely with the Chapel Committee to maximize the effects of the artwork and emphasize the most important elements of the space. 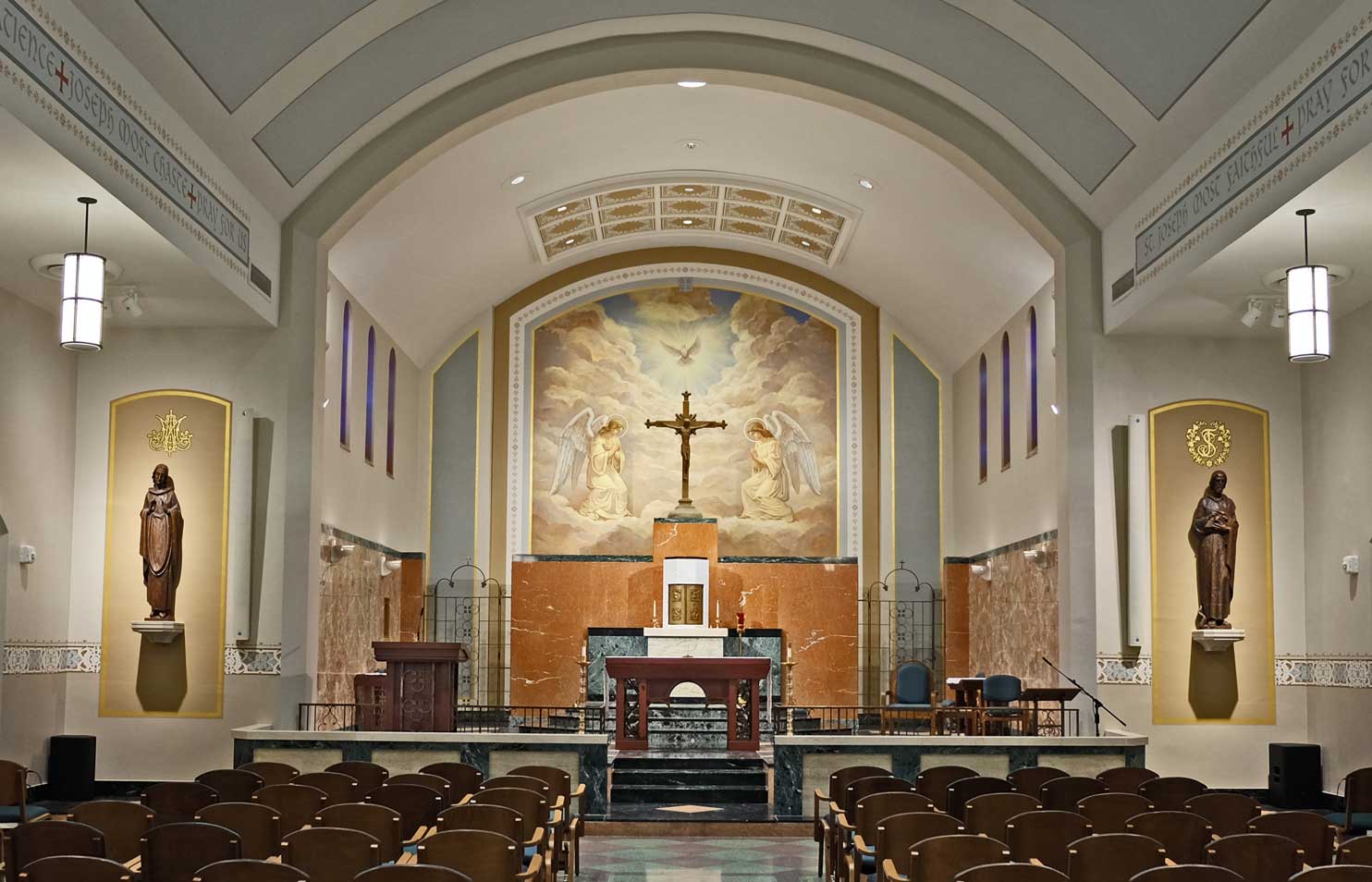 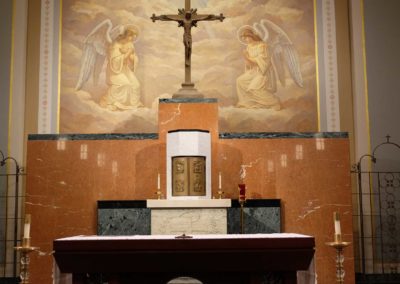 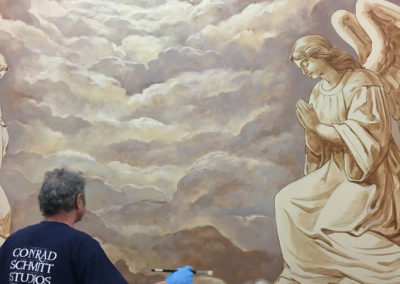 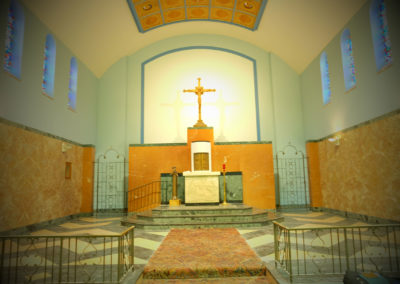