St. Joseph Church was built in 1848 – the same year the town of Westphalia was established by German immigrants. The town is considered The Pearl of Osage County, according to a poem written in 1883 by Jesuit Father Peter A. Krier. St. Joseph Church is one of Westphalia’s most beautiful buildings and is listed on the National Register of Historic Places.

In 2018, time had taken its toll on the 170-year-old building, and extensive repairs were needed both inside and out. Pastor Anthony Viviano and his committee assembled a comprehensive renovation plan and the parish embarked on an ambitious capital campaign to revitalize their beloved church. Father Viviano’s goal was to ensure the building remained not only safe and usable, but also as beautiful and welcoming as possible, both to honor those who came before them and as a promise to generations of people who are yet to be born.

After an assessment of the various facets of the project, the first priority of the master plan was to conduct the necessary infrastructure repairs to seal the envelope of the building.  This included work on the steeple, a new roof and attic repair.

For the interior decoration, the church commissioned Conrad Schmitt Studios to develop a new interior scheme fusing elements from the original and more contemporary interior designs. Historic photos from parishioners and the Westphalia Historical Society helped guide the design. In collaboration with the committee, CSS designers developed a rendering to represent the proposed new decoration. The rendering was included in promotional materials that helped communicate the vision and generate the necessary enthusiasm and financial support to move the project ahead.

During the next phase, CSS artisans restored the clerestory stained glass and executed the new interior decorative finishes. Careful planning ensured that the church could make the most of costly scaffolding by removing the highest stained glass windows in the church, conserving them while painting was in progress, and reinstalling them before scaffold was removed. Much of the exterior protective glass was also addressed at this time.

Decorative techniques in the new design included the application of 23-karat gold leaf, glazes, stencils and various faux finishes. Original murals that older parishioners were particularily attached to, had been badly damaged and were replaced with stylized replicas in a previous decorating campaign. During the renovation, CSS artists created new murals, based on the original designs, to better fit the space and honor the historic decoration. These murals were painted on canvas in the Studio and installed in the church, with the exception of the monumental crucifixion scene which was painted on site.

Phase III included new flooring and pews to complete the renovation. The parish now enjoys a beautiful, reinvigorated worship space that honors the history of the parish and fortifies its commitment to the future. 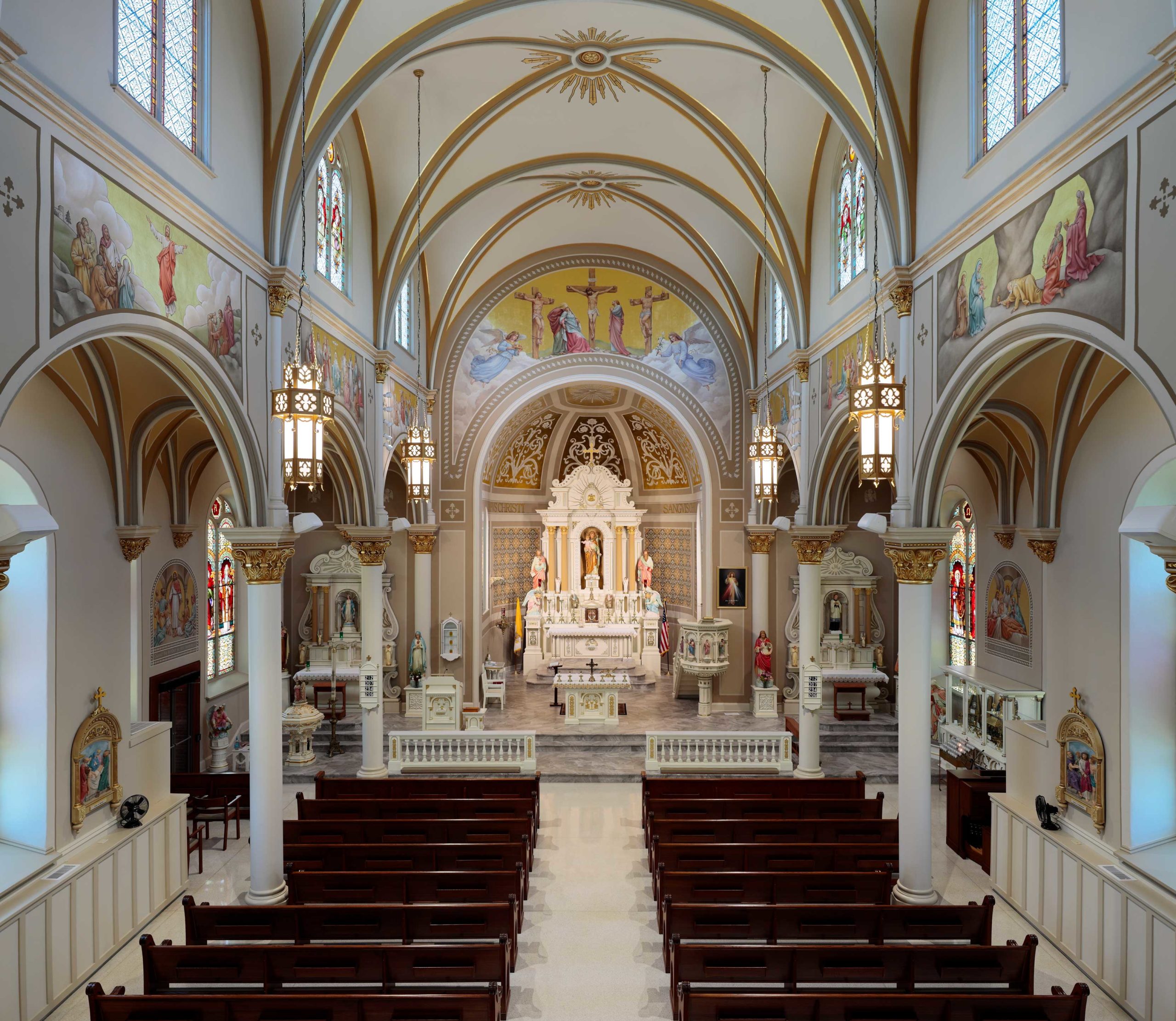 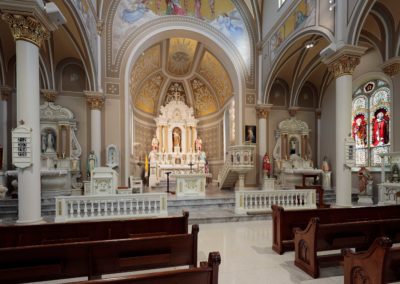 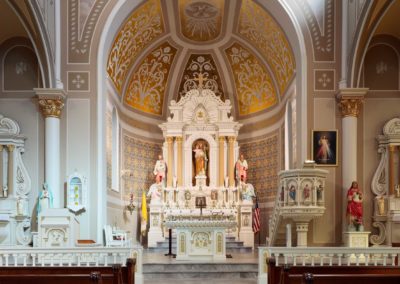 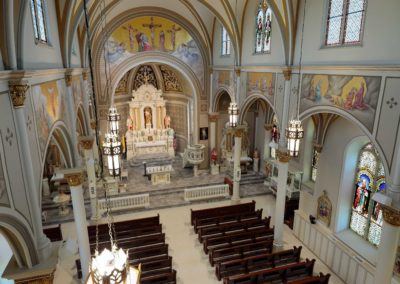 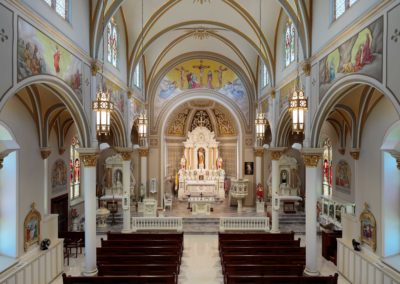 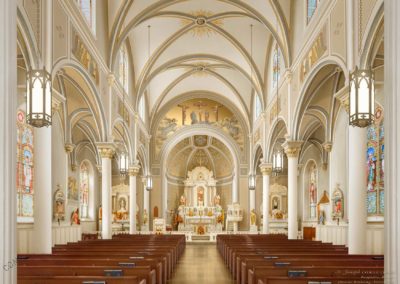 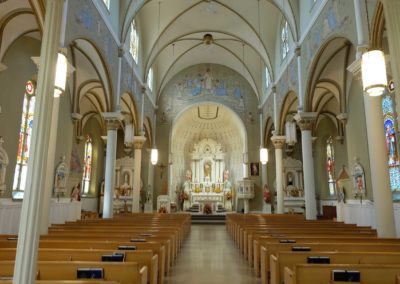