For Catholics living in the island city of Galveston, Easter of 2014 marked both the celebration of Christ’s resurrection and the rebirth of their 166-year-old church. The cherished Cathedral had been closed since September 2008 when Hurricane Ike ravaged the Texas coast with 110 mph winds and 10 feet of water. After years of work, this Mother Church of Texas was back to serving as a center for prayer and reflection.

Conrad Schmitt Studios (CSS) was commissioned to restore the Cathedral’s interior following extensive damage caused by the hurricane. After developing a master plan and helping the Cathedral raise the necessary funds, CSS’s master artists began preparing the plaster surfaces. During the cleaning and preparation process, historic multi-colored stencils were uncovered and were quickly incorporated into the restoration plan. A historic sketch of the church was also discovered that depicted a mural of the Crucifixion, based upon the painting by Raphael. The mural was replicated and incorporated into the new decorative scheme.

CSS was honored to be a part of this monumental restoration project. This beautiful Gothic Revival church was designed after King’s College Chapel in Cambridge, England in the traditional form of a Latin cross. The Cathedral Basilica, the Mother Church of the Catholic Church in Texas, is designated as a National Historic Landmark and has been restored to once again serve Galveston’s Catholic community. 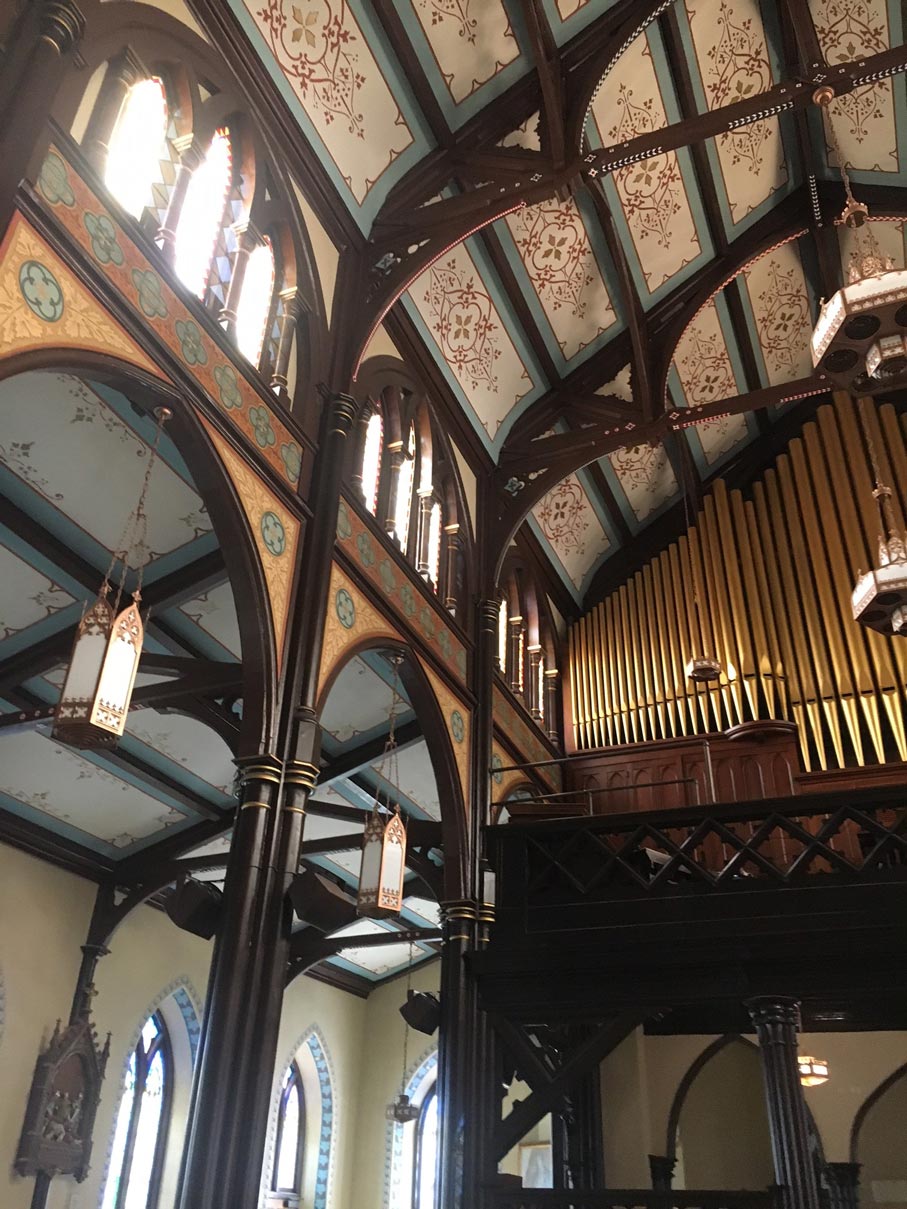 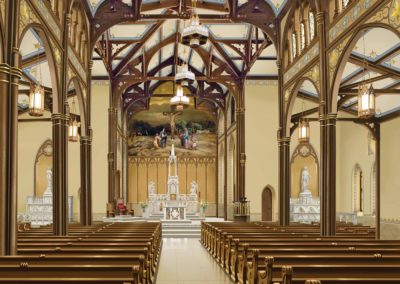 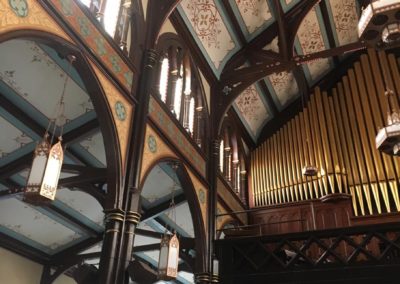 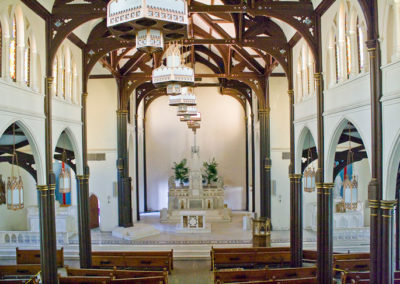