Built in 1902, the West Baden Springs Hotel in Indiana held the record for the largest free-span dome in the world for sixty-one years. Though its size makes it a historic landmark, its personal history was not as glorious. The hotel plummeted without recovery after the Wall Street Crash of 1929, with eventual vacancy in 1983. By the 1990s, the deterioration was so severe that a portion of the rooms in the outer ring had collapsed. Conrad Schmitt Studios was appointed a mighty task: not only to help renew its structure and decorative painting, but also its vitality.

The solution was not simple. The hotel’s various uses and multiple ownerships through the years meant that the original walls were painted over a number of times and, worse, severe water damage in the lobby and dining room resulted in loss of plaster and decorative painting.

Artists began in the areas that were completely lost to water damage, using historic photographs and newspaper articles to replicate the original décor. In the atrium, Conrad Schmitt Studios investigated the historic paint scheme using the onsite paint analysis and historic photographs. Other restoration efforts included the installation of new murals, and the application of numerous decorative painting techniques. The most spectacular accomplishment was the replication of the decorative bands that flanked the 24 columns of the atrium with more than three miles of hand-painted canvas.

From the initiation forward, the Hotel that was once known as the “eighth wonder of the world” reclaimed its beauty and purpose, thriving once again as a public arena. 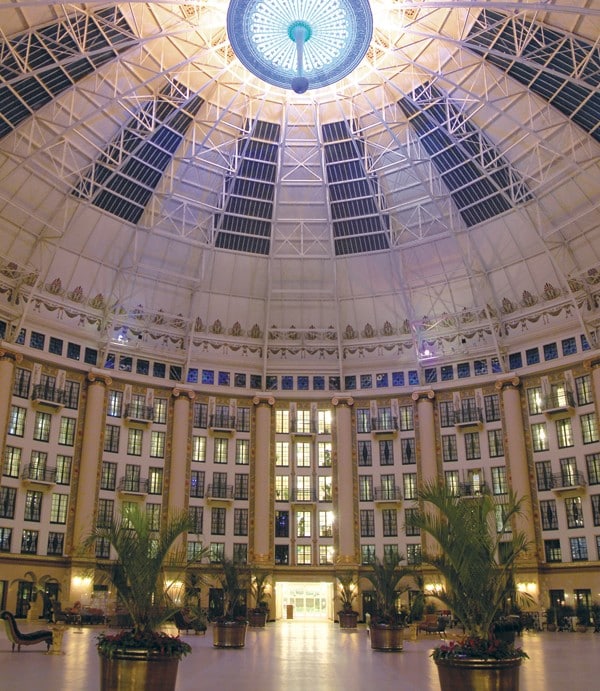 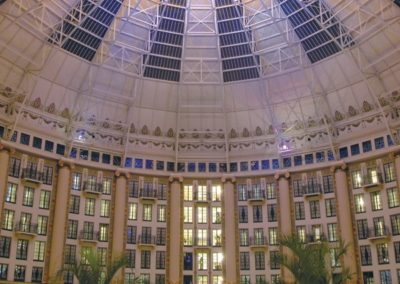 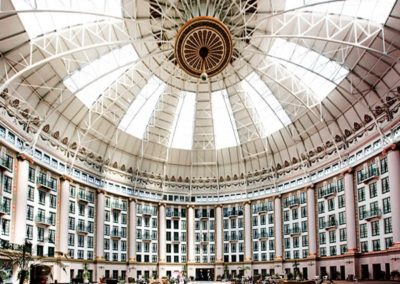 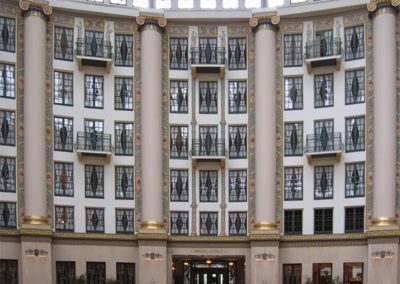 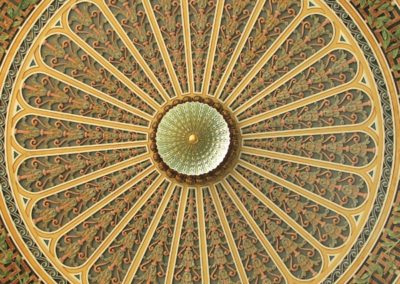 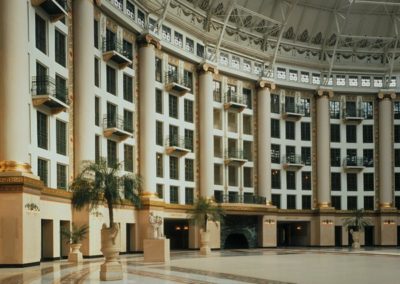 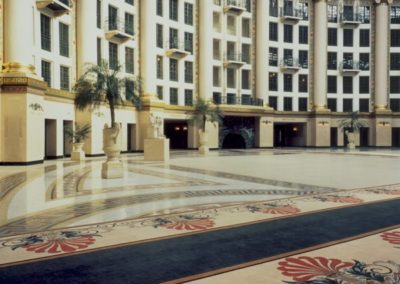 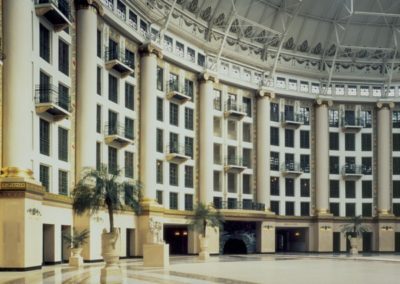